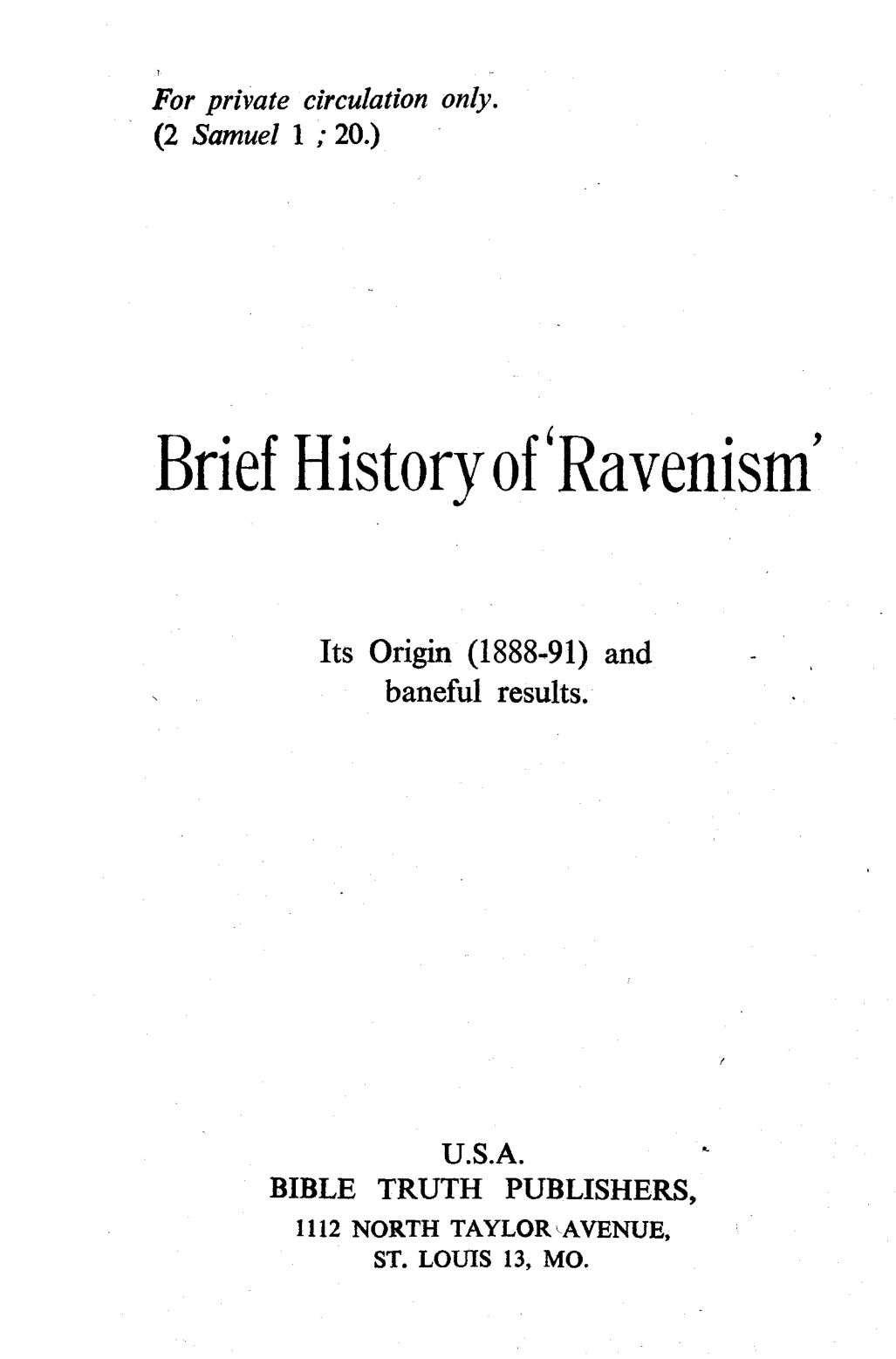 I have just added a comment about James Boyd.

On page 15 regarding the "London" and "Glanton" sections, and in the paragraph dealing particularly with "Glanton" brethren, the first citation in his criticism of them is the doctrine, "That the Son was the Spirit of His own body." I understand that this was at one time the belief of Mr Boyd, but he was challenged with regard to it and appeared to withdraw it.

The matter with James Boyd was a difficult one since he would not positively affirm that Christ had (and has) a human spirit.

Incidentally, Mr Raven taught that it was "the spirit of a man" which the Lord Jesus on the Cross commended to the Father. So JB did not get his doctrine from FER.

As an aside, but not altogether unconnected, Brethren have appealed much to Matthew 18 verse 20, but somehow seem to have paid little heed to the chapter as a whole. Much of that which the Lord says in it is pretty self explanatory, and the parable at the end has a very pointed meaning. If there is repentance, then there should be forgiveness. Up to how many times? Seven times? Every time.

There is a procedure described by the Lord in Matthew 18, and had it been put into effect more often, "brethren" might not have become so divided, but we cannot go back, and try again, with the hopes of doing better next time!

James Boyd apart (and of that there is a question mark as to his persistence in it even to the end of his life), as far as I am aware, "Glanton" brethren have always been sound on the Person of Christ, and indeed many leading teachers among their company wrote to JT and others in the "London" section when "non-eternal sonship" was introduced by him among them.

Nevertheless, "BM" in the above "Brief History" says, 'The " Glanton " brethren—with all the respect that is due to them—have in the main acted similarly to " Bethesda," i.e. they have treated the evil of F.E.R.'s teachings with indifference. It is true there are some amongst them who are opposed to these teachings, but on the other hand there are those in their ranks who tenaciously hold to them; the remainder manifest a total indifference.'

If this really be so then I need to get out immediately, but then, where to?