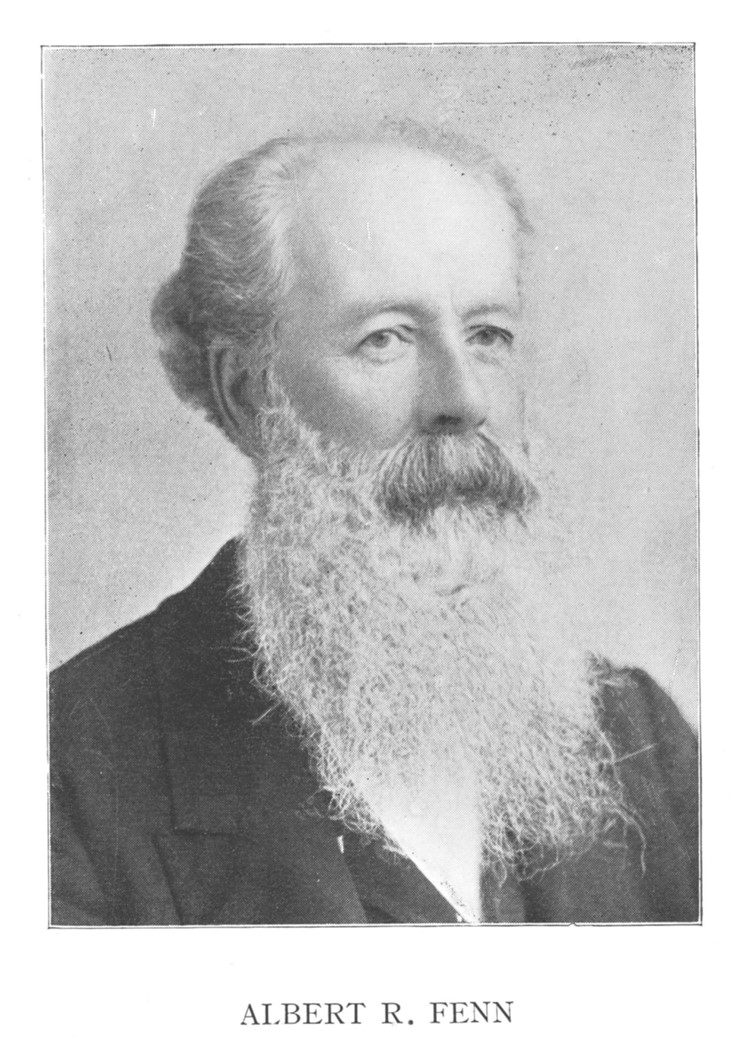 ALBERT ROBERT FENN was a native and freeborn citizen of London. He was born in 1832. His childhood was bright and happy; but various family trials saddened his boyhood and early manhood, which, however, in God's wonderful providence resulted in spiritual blessing. When about eighteen, he entered the Borough Road Training College, with the object of becoming a schoolmaster. Six months of his studies were carried on in Bristol, when he visited "The New Orphan Houses," Ashley Down, and purchased a report of Mr. Muller's work, which he read with interest. He was duly appointed to the charge of a school in Lincolnshire.

On one of his holiday visits home, on coming out of church, he remarked to his father, "We have been calling ourselves 'miserable sinners' all these years, and I never felt miserable about my sins." The reply was not satisfactory, so he went direct to God, saying, "O God, I am such a fool that I never felt my sins; make me feel them." This prayer was strikingly answered, for he became deeply convicted of sin, and knew not how to obtain deliverance. Many weeks had passed, when one night, after his housekeeper had retired, he determined to make one more long prayer, and a last tremendous effort to gain salvation; if that did not succeed, he would despair. He had not been long on his knees when, in the language of the leper, he cried out with all his soul, "Lord, if Thou wilt, Thou canst make me clean." This was evidently a Spirit-taught cry, and the same Spirit brought the reply with power to his soul, "I will, be thou clean." Rising from his knees full of joy, he searched for the Scripture so powerfully brought to bear upon himself. So great was his happiness that he wanted to die and go to Heaven. The Wesleyans, then on the alert to set young Christians to work, with much persevering persuasion induced him to preach.

Mr. Fenn early determined to make the New Testament his guide, and the words, "Owe no man anything," called forth his attention. He had purchased his furniture from his predecessor on credit. This he paid off as quickly as possible, and never after purchased anything without the ability to pay immediately. 1 Corinthians 16. 2 came next, "Upon the first day of the week let every one of you lay by him in store, as God hath prospered him." The debt being paid, he secured a box for "the Lord's portion." He did not receive money weekly, but separated the proportion he had "purposed in heart" quarterly. Where he had given a shilling before, thinking it enough for a young man with a small salary, now he could give ten, and could show kindness to needy neighbours without grudging. This proportionate giving was continued to the end, only the proportion increased with faith, and as "God prospered." The baptism of believers was the next point under consideration. Naturally he went to the clergyman about it, but got no help from him or anyone else, and the subject was shelved for a time. The character of some of those who partook of the Lord's Supper at church concerned him. He saw from the Scripture that it was an ordinance for disciples, and it was too evident that certain persons who participated monthly were not true Christians. He found out Mr. Andrew Jukes, author of "The Law of Offerings, " and other works, and consulted him. While entering fully into all he had to say, after giving him a most hearty welcome, Mr. Jukes pressed upon him the being first and most concerned about maintaining a good condition of soul, saying, "A good condition is more important than a good position."

Early in his Christian career Mr. Fenn became an abstainer from alcoholic beverages. He had been accustomed to their very moderate use in his father's house, and naturally continued in the same until he concluded they were non-essential, and it became him as a young believer to avoid that which was such a curse to his country. In this course he persevered, finding that even in Spain, where the use at meals of the simple wines of the country is universal, its habitual use could be dispensed with. He had to mourn over two brothers who ruined their healths, their businesses, and their families through drink, and he often exhorted Christian parents in England to banish alcohol from their
homes.

A reperusal of Mr. Muller's report led Mr. Fenn to desire to have some part in that blessed work, and the way opened for him to take a school in Bristol, supported by Mr. Muller. A Bible Class for young men, and, in the summer, open-air preaching occupied some of the evenings, and evangelising in surrounding villages the Saturday afternoons and the Sundays. While thus engaged he was led to decide to give himself wholly to evangelistic and pastoral work. Yatton, Weston-super-Mare, and Kingsbridge successively were spheres and centres, each yielding fruit, and also experiences useful in future service.

He was very frequently led to pray for Austria, Italy, and Spain, that they might be opened to the Gospel, so that when Spain was so remarkably opened in 1868, many were not surprised that we should offer ourselves to God for service in that country, and realise the call of the Lord of the vineyard to go forward. Mr. and Mrs. Henry Payne had been assured of the same call, and in October, 1869, they started together.

Six months were spent in Madrid learning the language; then in 1870 Barcelona was visited, where day and night schools were started, Mr. Muller undertaking to pay rents and teachers' salaries. A little church was formed of those who gave evidence of being born again. Then the second Carlist rising occurred, and disturbed the work much. Twice Mr. Fenn narrowly escaped assassination in Barcelona.

In 1874 he returned to Madrid, and the history of the twenty-one years' service in the capital will be revealed in that Day. The example of a godly life, and a family of Christian boys, with straightforward, truthful, and punctual transactions in all business matters, were constantly influencing people in favour of the Protestants. The education given to the children in the schools, with their daily Bible lessons, the mild and moral discipline in contrast with Romish methods, the improved behaviour of the scholars at their homes, induced many parents to come and hear the preaching, and there was almost always a gathering into the mission church, not by dozens, but by twos and threes.

In April, 1895, Mr. and Mrs. Fenn said farewell to those among whom they had lived and worked for twenty-one years. Mr. Fenn had had three slight seizures in Spain, and before dawn on July 29th, 1896, he had a severe one in his sleep. On August 3rd he passed away, being conscious almost to the last. Before he lost his speech he said, "I have no other hope but in Christ. "

The initials C.F. are those of Albert Fenn's second wife Charlotte Fenn. Her account in the first edition of Chief Men among... is slightly longer and includes details of Fenn's first [very brief] marriage to Annie Thorns in Lincolnshire.  The CBA at Manchester has a volume  Albert R. Fenn : reminiscences of life and work in England and Spain / by Mrs. Fenn.  (London : "Echoes of Service" [1902]) This is unaccountably attributed to an American writer Alice McGee Fenn (who was born in 1905!)  After her return to England, Mrs Charlotte Fenn and her son Robert (a medical doctor in Manchester) established the Foreign Gospel Literature and Correspondence mission.  Timothy Stunt