The Unity of the Spirit 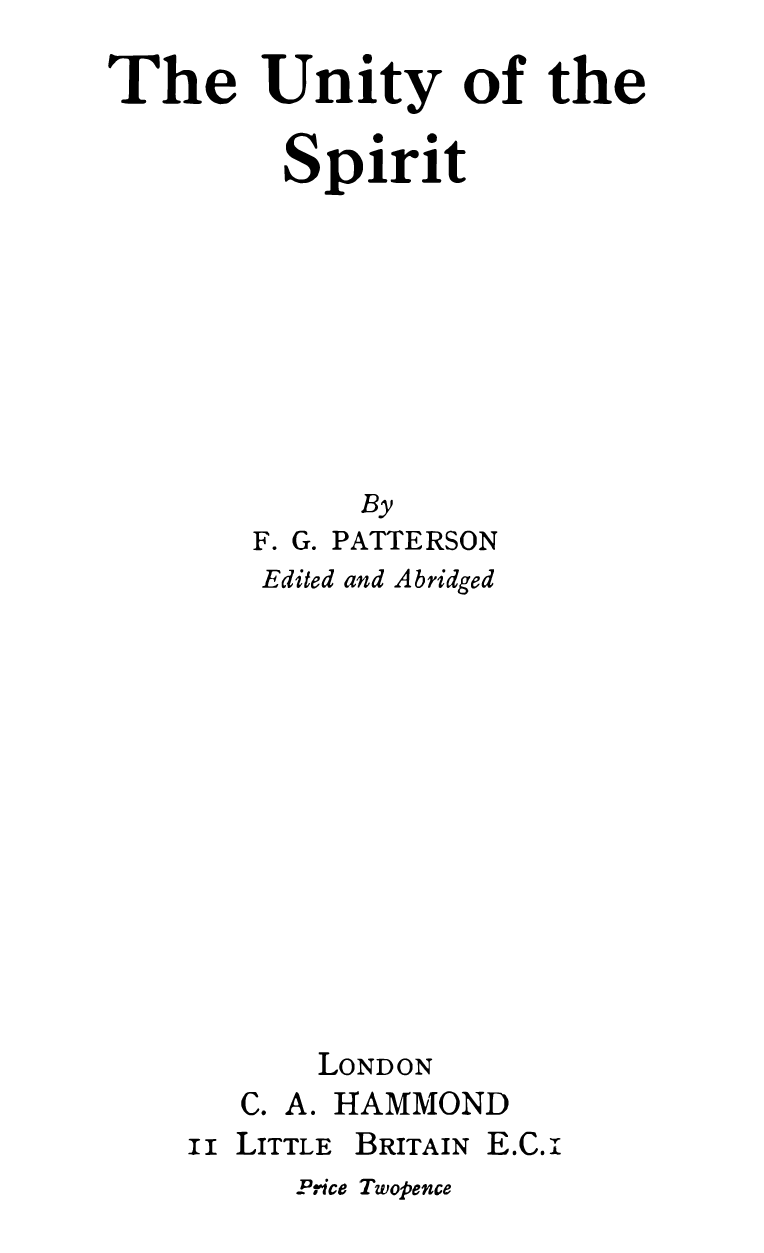 There needs to be a balance here. Here is what William Kelly wrote: 'How perfect is Scripture! It does not say the “unity of the body” although including it… What is meant then? The unity of the Holy Ghost, which is already formed, embraces all the members of Christ… And what have we to do? Diligently to maintain the unity that embraces everyone belonging to Christ – “in the bond of peace.” Here we find peace spoken of, not so much for our own souls with God but rather for the enjoying and furthering practically union among the saints of God.' (William Kelly, Lectures on Ephesians, page 149 – Morrish.) Separation from evil made the object has led to practical disunity among Christians once gathered to give expression to the truth of the one body. Hence the “Chart of Shame.”

Wednesday, Mar 3, 2021 : 15:44
Syd said ...
After his reference to the ‘unity of the body,’ Kelly continued – “But had it been said, ‘the unity of the body,’ people might have built up (as indeed they have) an outward institution and made it a point of life and death not to separate from that.”

And later dealing with evil and separation from it, he said – “But to come out from what is ostensibly evil is not all. Separation from our associations ought to be a pain to us, and should never be done except as believing it to be the clear will of God. And though one ought not to refuse the weakest Christians that come from elsewhere, yet I do not think that a person ought to be quick to receive what is new to them, unless they believe that it is assuredly of God.”

Separation from evil? Yes! Where it is in accordance with the Word and a waiting upon the Holy Spirit, Who will not tolerate defilement in the temple of God.
Saturday, Jun 25, 2022 : 23:06
Mark said ...

I am not by any means suggesting that there should not be separation from evil. Of course there must - 2 Timothy 2 verses 19 to 22. Association with evil defiles - Haggai 2 verses 11 to 14. It is that a charge of "evil" has been brought against anyone having a slight difference in interpretation of a Scripture or understanding of doctrine. Similarly, suspected faults in the application of assembly principles.

That which calls itself "The Plymouth Brethren Christian Church" is the result of pressing "separation from evil" and "association with evil defiles" to the extreme limit, but failing to see their own errors, though I doubt not that JND would have somewhat to say of a company that goes by that name in tracing their ancestry back to him.

In the present appalling state of Christendom we cannot practice "open reception" nor move freely around in that which professes to be Christian. In places, the professing church has so lowered its standards to suit the world in seeking its friendship that even the those of the Corinthians classed as "without" would be shocked.

This is not to tar all "churches" and "fellowships" with the same brush, but the call for separation from evil to all those claiming to be Christ's is needed as much if not more today than ever it was, though not taken to the length of the PBCC that would break up households. Exclusiveness but not exclusivism.

I cannot do better than recommend a reading of Mr Darby's tract "Separation from Evil God's Principle of Unity."