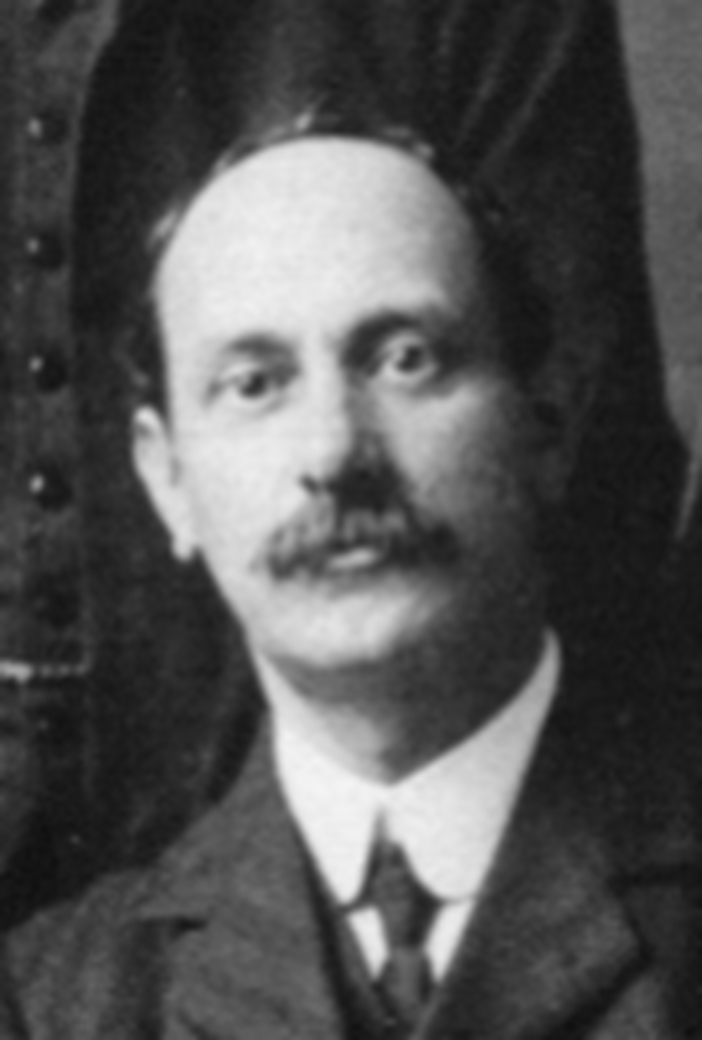 Some biographical notes from http://www.stempublishing.com/authors/Biographies/hsmith.html

His father was a mercantile marine captain. He lived firstly in Sutton, Surrey, and later in Weston-super-Mare. He was born in Castelnau Villas, Barnes, to John and Ellen (née Faulkner, elder sister of Clara, the mother of F B Hole).

He was linked in business with his cousin F.B. Hole before their full-time ministry for the Lord. His personal ministry during his life-time was confined to Britain, but his written ministry has gone out world-wide since his home-call. (He died of myocarditis following influenza at the age of eighty.)

For a long time not even a photograph was known to exist of him. I have located a Bridlington Conference group photograph of about 1913 on which he is identified and also a very nice studio group photograph of the editorial committee of Scripture Truth magazine at its founding in 1909.

Hamilton Smith is a much loved expositor of the Scriptures. He wrote on many different portions of the Bible but is probably best known for his character studies of Abraham, Elijah, Elisha, Joseph, and Ruth which have been published in several languages. His writings are terse and yet do not lack content as a consequence of their brevity. One of his effective teaching methods is short, profound comparisons and contrasts. His book on the Song of Solomon is a classic example of the way his writings draw out the heart to the One he served so faithfully all his life.

He edited 'Notes of Interest on the Lord's work' (abroad) at least until August 1939 (No. 48), and contributed many magazine articles to 'Scripture Truth' and many are published in 'An Outline of Sound Words'.