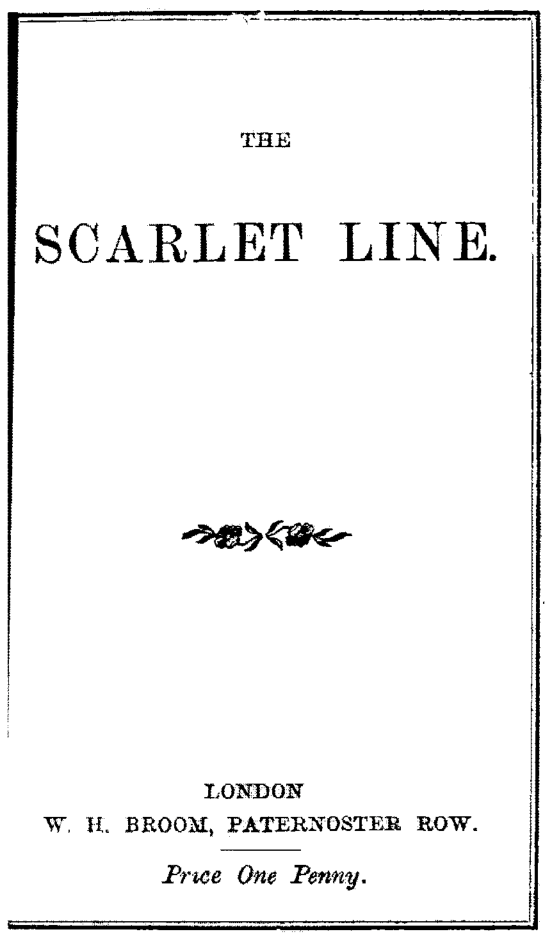 The author of this pamphlet appears to be H.W. Soltau. See the preface to the second edition of W.B. Neatby's History of the Plymouth Brethren, pp. vi–vii:

I am indebted to my friend Wm. Soltau, Esq., of the MacAll Mission, Paris, whose father’s name occurs very frequently in my pages, for the following interesting criticism: –

“[…] Mr. Clulow and my father started a tract shop in Plymouth which continued long after they had left, and which was a centre of work for the Lord. The early gospel tracts of the Brethren were the first circulated largely in the West. Two of my father’s tracts, The Scarlet Line and The Serpent of Brass were blessed, I believe, to scores of unconverted, not to speak of others by various writers.”

On the title page of Soltau's The Tabernacle, the Priesthood, and the Offerings he is also called "Author of […] 'The Scarlet Line;' etc. etc."