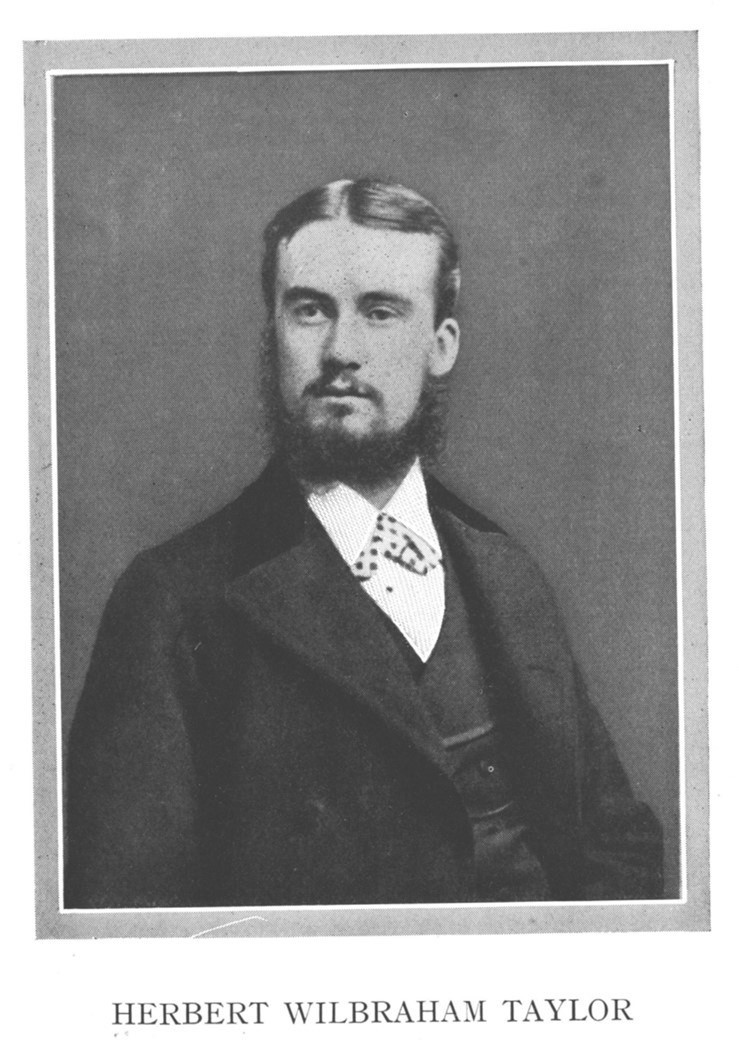 HERBERT WILBRAHAM TAYLOR was born on 27th May, 1847. He was the son of Mr. Wilbraham Taylor, who was Gentleman Usher to Queen Victoria. Herbert was endowed with gifts of no ordinary power, and he used them freely and exclusively for the Great Giver. It is not often that the gifts of preacher and teacher combine in one man, but Mr. Taylor was an exception, inasmuch as he was highly appreciated both as teacher and preacher. His name is to be found as a speaker at various conferences, notably Dublin, and he frequently spoke at the Iron Room, Upper Clapton.

Possessing a heart for the Gospel and a love for perishing souls, He visited many of the large towns preaching the Gospel with great power, and numbers were brought to a saving knowledge of the truth through his ministry. By his knowledge of the Word he was also able to lead the young converts on in "the ways that be in Christ."

He was courageous in declaring God's truth, and ready at all times to take advantage of every opportunity to speak a word on behalf of his Lord and Master. He did not confine his service to halls, but loved to tell out the old, old Story in the open air.

In and around his native town of Barnet he specially loved to work. One writes, "He was a great open-air preacher, and used to drive with his coachman to the Market Place in Enfield town on Saturday evenings and preach the Gospel from his buggy to a large crowd. It was also his great joy to visit in the same way other centres or market places in the Lord's service. He was indeed a faithful steward, who did not shun to declare the whole counsel of God.

Herbert Taylor wrote a large number of tracts for the "Clapton and Iron Rooms Series," many small Gospel books, and a larger work, "Abraham," suggestive thoughts for young Christians.

In addition, he was a poet of no mean order, some of his compositions appearing from time to time in the Latter Rain, and other papers. Mr. Taylor married in 1872 Miss Rebekah Hope Morley, daughter of Mr. Samuel Morley, and departed to be with Christ on 14th June, 1899, at the comparatively early age of fifty-two.