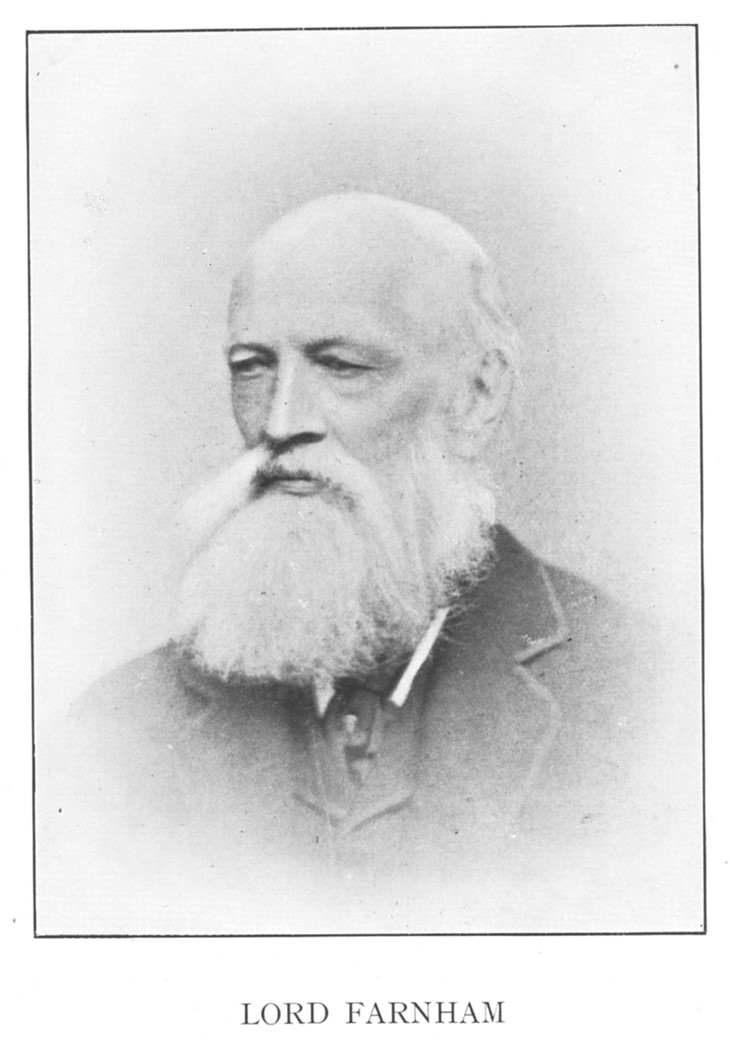 SOMERSET RICHARD MAXWELL, the eighth Lord Farnham, was born in Ireland in 1803, and departed to be with Christ in 1884. His family claim descent from Henry III and subsequent kings of England, but he ever rejoiced that he was "adopted into the family of the great King and given to be an heir of God and joint heir of Christ," and "esteemed the reproach of Christ greater riches than the treasures in Egypt, " so although he served his country as M.P. for some years, having been converted in early life, he devoted himself to the Lord's work, writing and speaking for Him as opportunity offered. His presence was specially valued at the Dublin Believers' Meetings. Of a self-effacing nature, he did not push himself forward.

He succeeded his brother Henry, who was burnt in a terrible railway disaster at Abergele, Wales, in 1868, and was previously better known as Hon. Somerset Maxwell, under which name he wrote "Sacred Poems on Subjects of Paramount Importance; " and also three prose works, "The Wells of Salvation," "Atonement, " and "Realities."

Of "The Wells" a reviewer said: "We are drawn on and on by it until the gifted and devout author exhibits the depth and breadth of that wonderful word 'salvation' as it is rarely exhibited. We thank him for his feast of good things;" and a leading minister wrote: "I have found in a few pages of this volume suggestive matter for ten sermons."

As Hon. S. Maxwell he was one of the three trustees of Merrion Hall, Dublin when it was built. Later, in 1874, as Lord Farnham, he convened the meeting in Dublin at which the Irish Evangelisation Society was formed. Thus ever with voice and pen and personal effort he strove for the Master.

Aid to the Irish Sustentation Fund. A removable obstacle considered in a Letter to the ... Dean of Kilmore, by Lord Farnham; https://books.google.co.uk/books?id=Qg08PPIDXokC