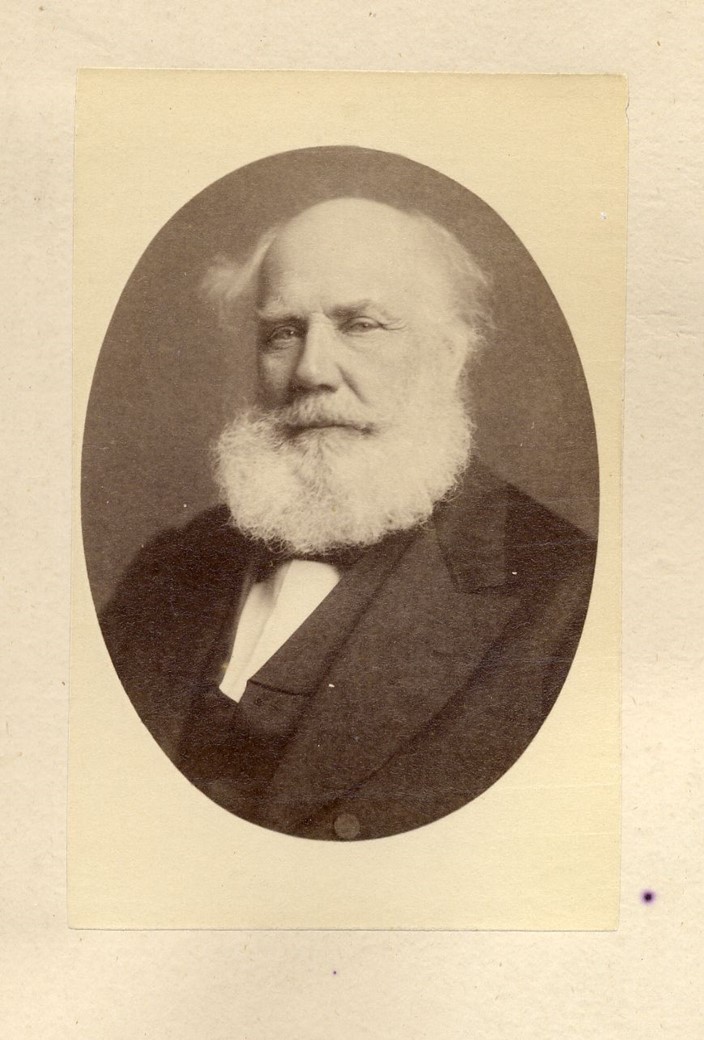 WCB was the brother-in-law of AN Groves, and probably the true father of dispensationalism in North America!

Many biographical details are found in "The Late Mr Baynes" piece.

WCB has an outline of the dispensations in Present Testimony 1854. He seems to have drawn somewhat from Trotter for this - although he adds what Trotter doesn't: Adamic and Eternal. The first thing piece he has in Brethren literature is found in The Prospect, vol.1 p.70 [5 Feb 1849].

The 'Lectures on Dispensationalism' booklet appeared in serial form in the American magazine Waymarks in the Wilderness - a precursor to the American prophetic conferences where dispensational teaching found a springboard. It is customary to attribute dispensationalism in America to JND, but, Firstly, he never had a scheme like Baynes and those that followed: FWG, Scofield, etc. Secondly, material by WCB was already in circulation before JND visited North America.

It's evident WCB laboured with HMH, APC, JBD, Hatton Turnor et al. It's no wonder then that he was prominent against FWG at the time of the division - only natural that he would side with APC. Christopher Wolston seems to have been caught in the middle of all this. He started Sound Words but returned to UK for health reasons. Sound Words was continued by Malachi Taylor; to JND's distress, brethren put him out for his (now common amongst OBs) idea that one shouldn't worship Christ. But he continued Bible Readings in NY with a strong dispensational leaning .. these were attended by Gaebelein - and there's another stream of dispensational influence: all springing from WCB.

[The above are edited notes that a friend sent me; if anyone can add to the info we have on WCB or other comments on his role in the development of dispensationalism in North America, then please do! A picture would be great too. See also the page for HM Hooke for further info about his preaching.]

From "Reminiscences, chiefly of towns, villages and schools" p178 (also can see more references on the pages that follow - https://archive.org/stream/reminiscenceschi02mozliala#page/178/mode/1up/search/baynes)

Another fellow-pupil, also exceptional, I had for a short time. A Mr. Waring, a well-known Bath tutor, and a man of literary note, had had occasion to remonstrate with a pupil, a son of General Baynes, on his reckless driving. In order to check him, he proposed to accompany him. Young Baynes used his whip, and the horse ran away. Upon its stopping, he assured the tutor it was something amiss with the harness, and getting down he set it right. The horse ran away again. Seeing a dangerous point ahead, Mr. Waring jumped out, and was killed. Baynes had to complete, without loss of time, his studies for an examination at the India House. So he came at once to Charterhouse Hinton. Mr. Spencer immediately inquired into the work to be done, and Baynes produced a list of subjects. High up in it were ' Paley's Evidences.' ' We can let that alone,' he said. ' Under the circumstances, I had to keep indoors till Mr. Waring was buried, and I thought I could not do better than brush up my Evidences.' The afternoon of his arrival, we heard i8o REV. THOMAS SPENCER. for a couple of hours a continuous hammering in his bedroom. What could it be ? At last Mr. Spencer proposed to me that we should enter the room. The new pupil was arranging with artistic taste a whole armoury of swords, daggers, guns, and pistols on the wall over his chimney-piece. Mr. Spencer observed gently on the defacement of the wall by all these nails, and was assured they would leave no mark. As we were talking, I noticed that his eyes seemed to follow one object with intense, but painful, interest. His eyes expanded, and his whole figure rose and straightened. He was watching the muzzle of a pistol that the youth had in his hand and was unconsciously twirling about.

The last anecdote is priceless!

Mention of WCB made here: http://www.newmanplace.ca/en/

Interesting to see APC participating at his funeral if he had been put out previously. Is there further material witnessing to his being excommunicated?

I have WCB's birthdate as 7 May 1809. There are some five pages devoted to WCB in Edgar A Collard, Oldest McGill (Toronto 1946)) 69-74.  I agree with Rodger that the anecdote about Baynes's youth is priceless, but we have to be cautious because Tom Mozley loved a good story and could tell them very well — sometimes with unreliable embellishments!  For the possible exaggerations in his account of Charles Brenton at Oxford see my From Awakening to Secesssion p.209 n.105    Timothy Stunt

Wednesday, Dec 11, 2019 : 02:27
Joshua said ...
Rodger,
Brother, As far as I know WCB was never put out. He remained in NHH Montreal and was in fellowship with APC.
The incident in the short bio refers to Malachi Taylor who was putout in 1881 for denying worship to the Lord Jesus Christ, teaching that worship should only be offered to the Father through the Son by the Spirit.
Wednesday, Dec 11, 2019 : 18:42
Rodger said ...
Thanks for clarifying, brethren. Just looked at the letters of JND on the MT page. Full of a loving and patient endeavour to keep unity.

These words encapsulate many troubles:
"he got his mind, often hasty though so true to the Lord, into confusion in putting his fresh knowledge in its place; and being attacked (by what, I believe, was inadequate apprehension, though in the main seeking Christ’s glory) instead of humble spiritual inquiry that all might be clear from the word, he defended what he was not clear about."
Wednesday, Dec 11, 2019 : 23:14