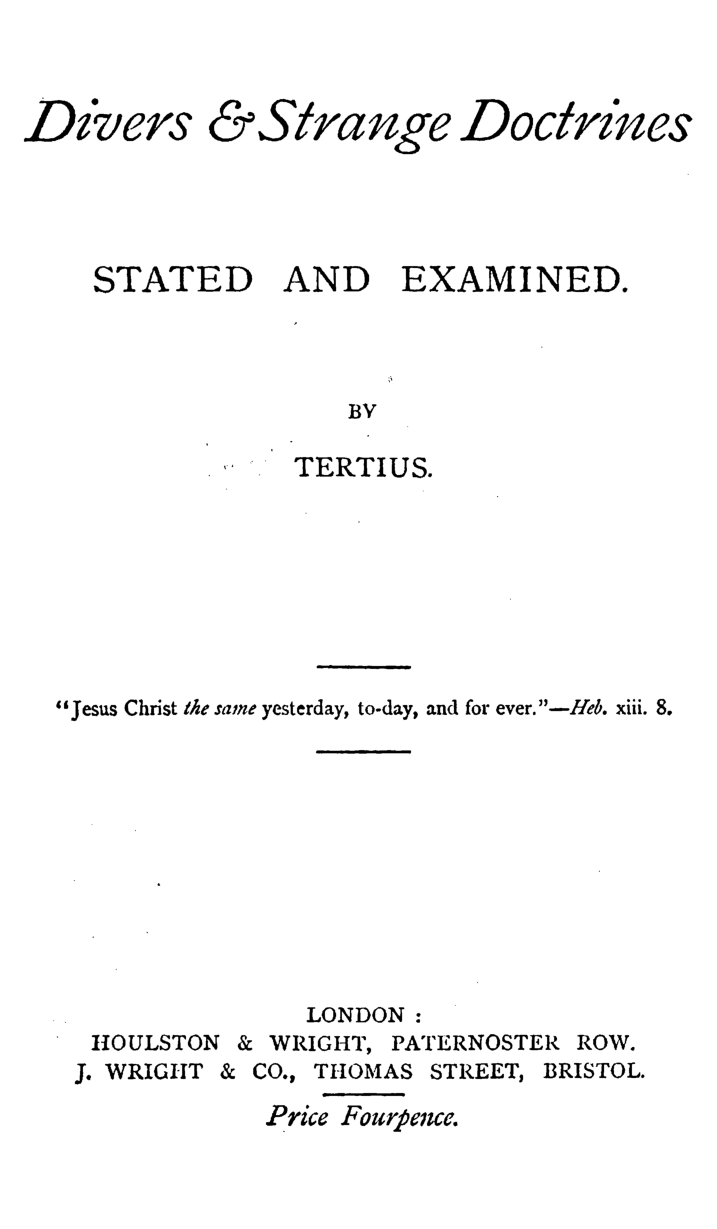 It is needful now to consider for a little space, this strange but sadly interesting phenomenon on its moral side. A richly gifted and once highly honoured servant of Christ, and who holds still a large place in the affectionate remembrance of many who once learned from his lips, in happier days, a sounder gospel than his later writings teach, is found, at the latter end of his career, teaching things which he ought not, and in danger, as a consequence of his far-extended influence, of becoming the founder of a school of doctrine which threatens more and more widely, to diverge from the standard of apostolic testimony. For of the readiness of some at least of his adherents to embrace and give currency to his opinions (with the rash amplifications and recklessness of expression which usually mark those who dispense erroneous teaching at second hand) we have already some alarming proofs. And is there nothing to account for this heavy token of the Lord's displeasure ? I feel that such a question is superfluous to the godly and thoughtful reader ; yet it may not be amiss for a fool to give his explanation of the stroke from which he is smarting in the company of wiser men. I would say then briefly, first, that there has been an attempt to perfect in the flesh what was begun in the Spirit, and with the usual result; and secondly, that what is now making so many ears to tingle is but an avenging by the Lord of His own neglected warnings to us all ..

Who then, I ask, that truly knows the Lord and thinks upon His words, can doubt His angry censure of that habit of casting the most injurious imputations upon blameless men which has of late years acquired for Mr. D. and those who have followed in his wake, so undesirable a notoriety in the church of God ?