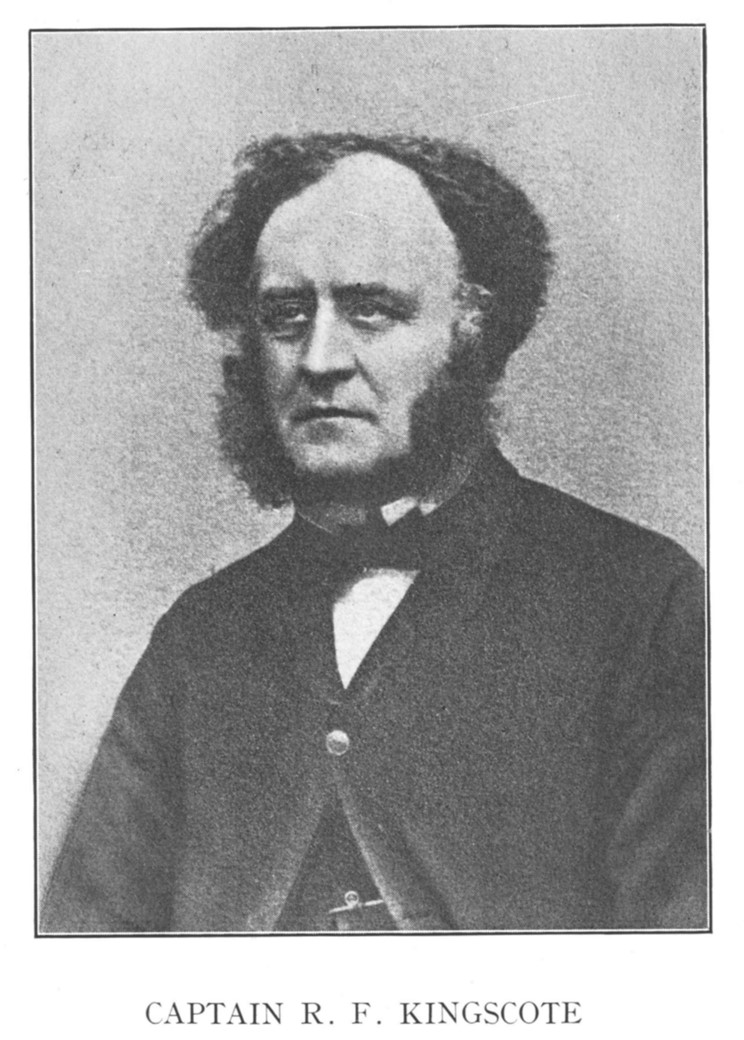 Of the old family of Kingscote of Kingscote, Gloucestershire, Capt. KINGSCOTE was in the Royal Lancers, but on his conversion he left the Army. He was a great friend of the late Duke of Cambridge, the cousin of Queen Victoria. Capt. Kingscote was the writer of several tracts and little pamphlets, and a series of addresses given by him at Park Street, London, on "Christ as Seen in the Offerings," was printed and published in one volume, and helped many

Capt. Kingscote took part in the private service at the funeral of J. N. Darby, held at the house of H. A. Ham­mond in Bournemouth, at which over 100 brethren were said to be present. Captain Robert F. Kingscote was born in 1811, and departed to be with Christ in 1893.