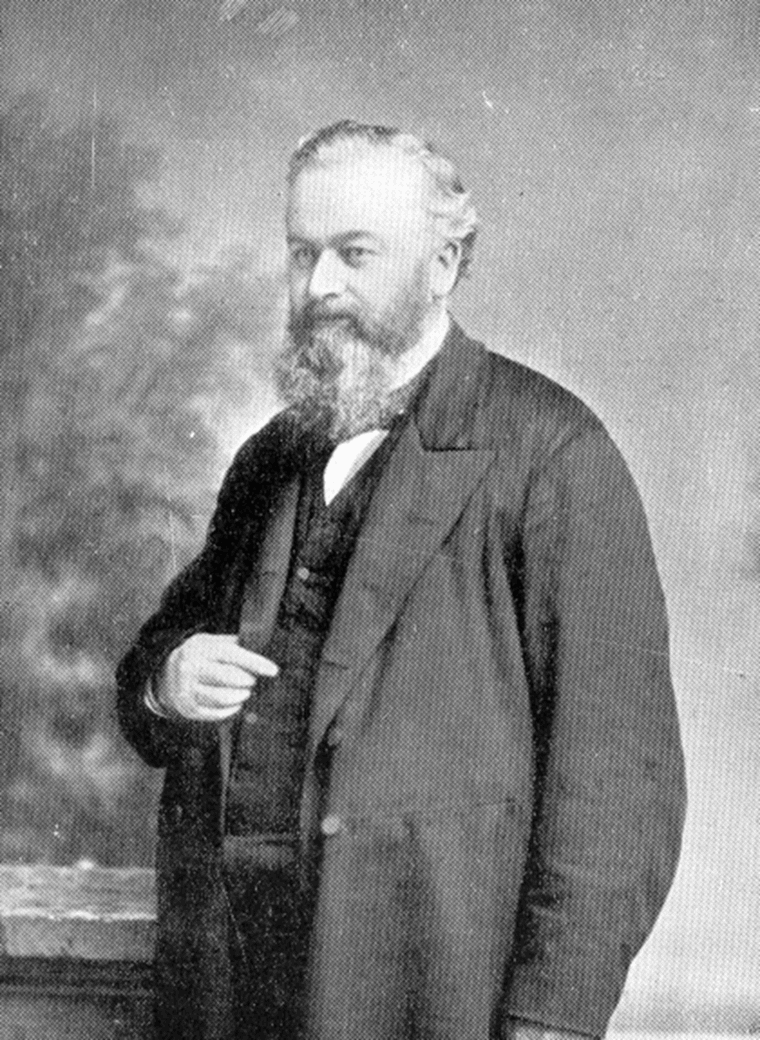 MANY have reason to praise God for blessing and help received through the perusal of tracts with the well known initials, "C.S." being the initials for CHARLES STANLEY, or Rotherham. Born in a Yorkshire village, he was left an orphan at the age of four. At seven he had to earn his living in the summer by working in the fields, and in the winter months he attended the village school. When a merry little fellow of eight summers a gentleman who knew him said: "You will either be a curse or a blessing to mankind. " This prediction was a true one, and by the mercy of God "C. S. " became a channel of blessing to thousands of his fellow-creatures. His conversion took place when he was a boy of fourteen, and shortly afterwards he began to "tell to all around what a dear Saviour he had found."

At the age of twenty-three we find him starting on his own account in the hardware business in Sheffield. For many years he traversed England as a commercial traveller, and at the same time did "the work of an evangelist." From help he obtained through a Captain W, the Bible became a new book to him. It was his daily study, and "he grew in grace and in the knowledge of our Lord and Saviour Jesus Christ."

Though only possessed of a small capital when he commenced business, he managed to devote a good deal of time to preaching the Gospel and teaching believers in various parts of the kingdom. Speaking of those early days, forty years after, he says: "Seldom in those days did the Lord open my lips without some soul being converted. Not that this appeared at the time, but I have met them everywhere, ten, twenty, or thirty years after. " Instances are given of the Lord's thoughtful and tender care when in business straits, proving the truth of the promise, "Them that honour Me I will honour" (1 Sam. 2. 30). God marvellously blessed his labours in the salvation of the perishing, and in the edification and comfort of Christians.

"C. S." believed in the Lord's special and direct guidance of His servants. Again and again he was deeply impressed with the conviction that he ought to go to places to preach the Gospel where he had never been; and on many such occasions he found a people anxious to listen. Here is an instance. "Three of us felt led to go to Leamington. We had a little notice printed, about the size of a small envelope, asking the Christians of Leamington to come together in the Music Hall at three o' clock for prayer for the Lord's blessing on the Word to be preached in the hall that night. About two hundred came together, and oh! what a cry of united expecting prayer went up to the Throne of Grace. At seven the large hall was filled. That night God answered prayer. It was the birth-night of many precious souls. It was said some hundreds found deliverance and blessing that night." By the wayside and riverside, in railway carriages and steamboats, at balls and races, in halls and chapels, in kitchens and drawing-rooms, theatres and concert halls, Charles Stanley nobly witnessed for his Lord and Master. "He being dead yet speaketh" by hundreds converted through his preaching, and through the scores of tracts and booklets he has written.

What Christian worker has not heard of the "C. S." tracts ? He tells how he began this most blessed service for the Lord. "I had been preaching the Word at T, and brother W said to me, 'Why don't you print some of those incidents of the Lord's work in the railway carriages? I am sure the Lord would use them.' I said I had never thought of it. He urged me to do so. How little did I think at that moment that the Lord would use them in so many languages."

The object he had in view in writing the tracts are stated. "To look to God to give me to write just what He pleased, and to enable me to write it plainly without any adornment. To never allow me to write with a party feeling, but to write for the whole Church of God, or Gospel to every sinner. In every incident related to give the exact words as near as I could recollect. "Speaking of his address on "Mephibosheth," he remarks: "I believe the Lord rarely ever led me to preach from Mephibosheth without souls being converted. He has been pleased to use that tract very often when repeated to the sick and the dying, and also through others preaching it. Mr. M told me he had preached it in almost every city and town in America, and, he thought, never without souls being brought to God. It would fill a volume to tell of the great number of cases that have been brought before my own notice."

His counsel to Christian workers is most seasonable and helpful, and is worthy of prayerful and careful consideration. Invaluable is the following testimony: "I have always found blessing and results in proportion to communion with Christ in His love to the whole Church, whether in writing or preaching; and no Christian can prosper in his own soul unless he is seeking the welfare of others."

Charles Stanley was called from his earthly home in Rotherham, to the Heavenly Home, in 1888. He has left behind him a legacy in the form of the "C. S." tracts, which will cause his name to be honoured, and to shine brighter and brighter unto the Perfect Day.

Yes, 1888 is clearly wrong. Here is what the Sheffield Daily Telegraph wrote about his death on 31 March 1890:

Some pictures of his grave have just been added to FindAGrave;
https://www.findagrave.com/memorial/98251602/charles-stanley/photo