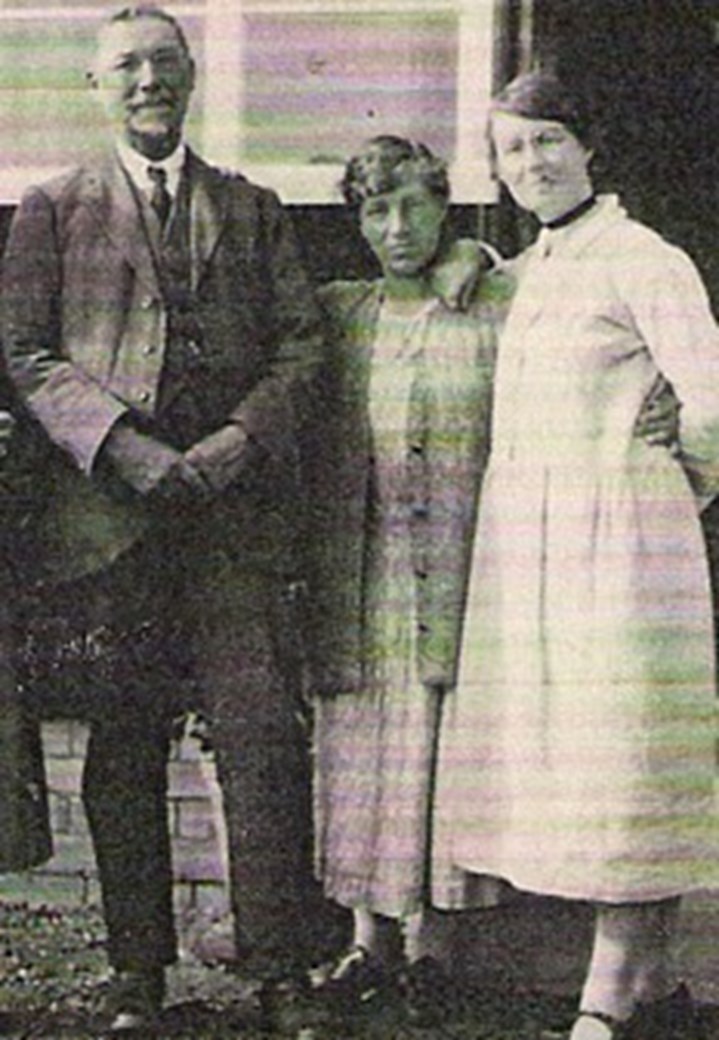 Marty said ...
Home-call of Another Veteran - [Ephraim Venn].
Born at Tarr Farm. Somerset, in 1858, he was convicted when quite young, and led to Christ on July 11, 1876 through George Brealey of the Blackdown Hills pointing him to John 5. 24. Two Sundays after, along with the late Alfred Redwood, father of the Redwoods of India, they opened a disused Baptist Chapel near Clayhidon, and soon had it full and numbers saved. Shortly after, he was baptized at Clayhidon, and stood in the water speaking to the crowd from Romans 6. A diligent student of his Bible, he got hold of the great foundation truths, helpful to him ever after. After a time of village preaching, he entered the Guinness Institute, known as Harley House, London, with a view to going abroad. Then he went to Cliff College, Derbyshire, for a time. Becoming acquainted with Henry Groves, Henry Dyer, and others who gave him valuable counsel, his future was specially prayed for at the Leominster Conference of 1880. Shortly after, along with his wife, [Georgina Susanna Brealey] the youngest daughter of George Brealey, he settled at Chard, where their joint labours for the next 10 years led to the forming of a number of Assemblies, building halls, and seeing considerable growth in the work in Somerset. In 1887, he preached in Merrion Hall, Dublin.
Over exertion in town and country led to his first breakdown in health in 1890, when under doctor's orders he spent 2 full years at Cann, near Shaftesbury, keeping poultry and doing little study. Here in a quiet way, he had considerable blessing. Complete restoration followed, and for the next 20 years, he was diligent in preaching the Gospel and teaching saints in many parts of the country. He usually took 2 months each year in Clapton Hall, London.
In 1906 he had another serious breakdown in health. Whilst having large meetings in Elim Hall, Glasgow, he had to return home. The Lord's people took up his case and enabled him to become joint owner of a farm in Sussex, where he did well, and his health continued to improve. In 1914, he took a smaller farm in Norfolk. In 1921, after a severe illness, he returned to the neighbourhood of Taunton. Soon after, his wife was called Home, leaving 2 daughters to minister to him in closing years. When able to minister, his words were comforting, borne from lessons of weakness and suffering. In 1926, he underwent an operation for internal trouble, which, though checked for a time, began to make headway early last summer. After some months of extreme suffering, he had an attack of cerebral hemorrhage, which mercifully cut short what might have been a longer period of suffering. On December 27, [1930], he passed into the Presence of the Lord he loved. The last hymns he sang were, "Beyond the Smiling and the Weeping," and "Heaven is my Home." The following text on a leaf torn from a calendar, found in his pocketbook after his departure, expresses his whole attitude of life: "Yea doubtless, and I count all things but loss for the excellency of the knowledge of Christ Jesus my Lord" (Phil. 3. 8).
“The Witness” March 1931
Tuesday, Apr 20, 2021 : 23:54