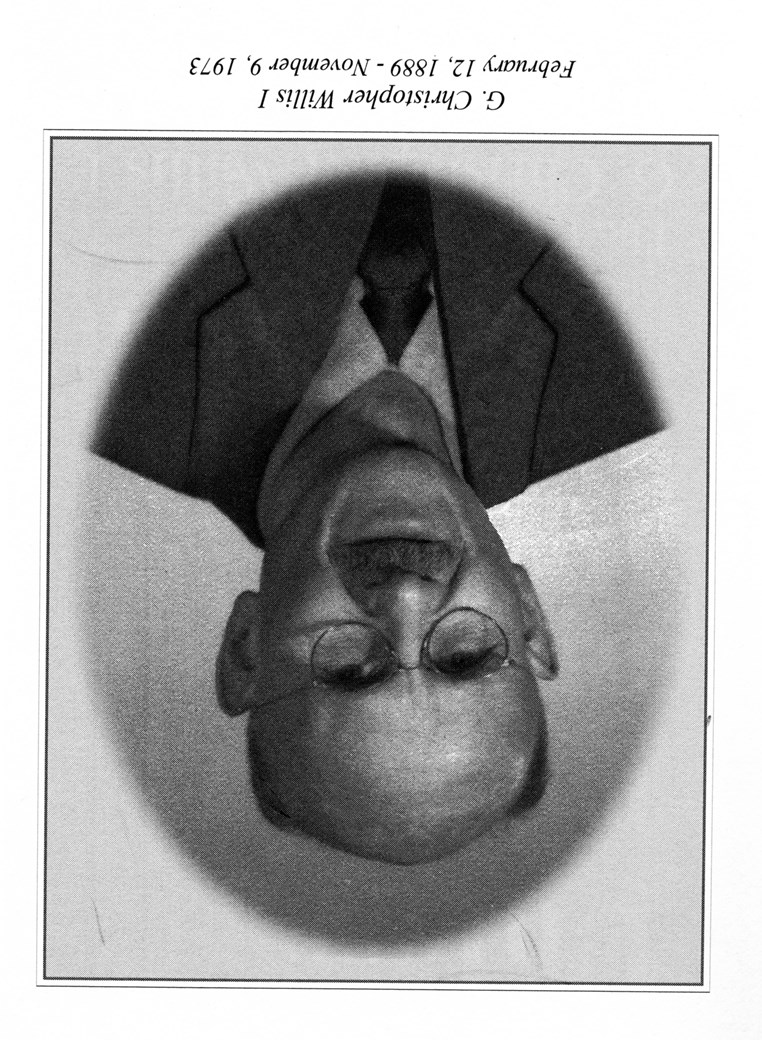 This would appear to be George Christopher Willis (1889-1973) a Canadian missionary in China (1921-49) who wrote I was among the captives: Life in a Japanese Concentration camp (Singapore: Christian Bookroom, ?1946). He is easily confused with his son, a medical doctor of the same names (1923-2012) who served, for a time, in Borneo. I assume it was the older GCW who revised and slightly abridged Andrew Miller's "The Brethren" Commonly so-called: A Brief Sketch, which was published from the Christian Bookroom, Kowloon, c.1963. In the introduction, if my memory serves me correctly, the editor noted disapprovingly that Open Brethren still fail to 'judge the Bethesda question'. There is a biography of the older GCW (1889-1973) by William A Willis, Unless a Grain of Wheat (W.A.Willis, 2014). To confuse us still further there is a third generation GCW, who is a physician working in Singapore. See https://sites.google.com/site/virtualclinicofdrgcwillis/home/personal-history.  I would gladly learn more from better informed correspondents!  Timothy Stunt

There is a fascinating autobiography of this GCW's mother, AF Willis, which tells the story of her remarkable life having emigrated from England, then to Canada, and finally to China. It also contains observations of Darby's visit to Brantford in the 1870s. And also the astonishing life challenges of frontier life during that time! https://www.amazon.com/Days-My-Pilgrimage-F-WILLIS/dp/B017KYP9UY

PS and something of GCW in early years, hence adding the comment here.

In the above entry by Timothy Stunt there is a link to a profile of [Dr] George Christopher Willis II.

In this profile it is stated: "1967-1971  Returned to Canada and worked as an internist in Sault Ste. Marie, Ontario"

Tuesday, Dec 7, 2021 : 01:24
Dorothy said ...
Where did GC Willis senior die in Ontario?
Monday, Jan 17, 2022 : 08:34
Ken Harman said ...
I knew both older Mr GC Willis, and his son Dr. GC Willis , but not closely. Sr.Mr Willis baptized my youngest sister when he visited us in Wpg. About 1962. I took him to the airport in Wpg to catch his flight back to Hong Kong. That was before the jet age, so it was one of the old North Stars( I think that's what they were called).
He and his son, Dr.Christopher Willis, moved to Canada about 1967 or so when the communists took over Borneo, and settled in Sault Ste Marie ON, where Dr. Christopher set up practice. His other choice was in Winnipeg, but the Soo was a better choice economically I understand. I visited with them in the Soo, and remembered the Lord in His death with them there one Lord's day. Had a meal in Dr. Christopher's home. But that was the one and only time I ever met them, other than Sr.GCW. That was in September 1968.
Sadly there arose, later on, a controversy with his brethren surrounding the doctrine of the Blood of Christ, resulting in a relatively small group of brethren following him and his family out of fellowship. But what I remembered about bro. Willis was his usual gracious demeanor, and his faithful ministry regarding the Person & work , and love for His Saviour Whom he served for so many years in China, Hong Kong and Borneo.
I' m not sure of the year or place of his death, nor oLof Dr.Christopher's. We lost contact after the division .
Monday, Jan 17, 2022 : 12:16