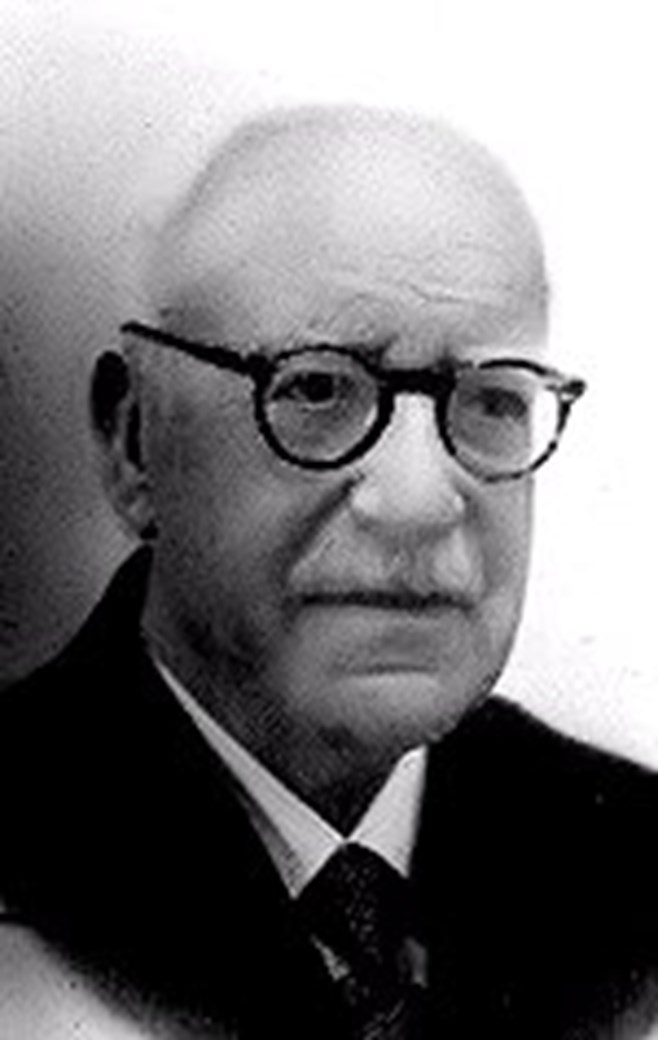 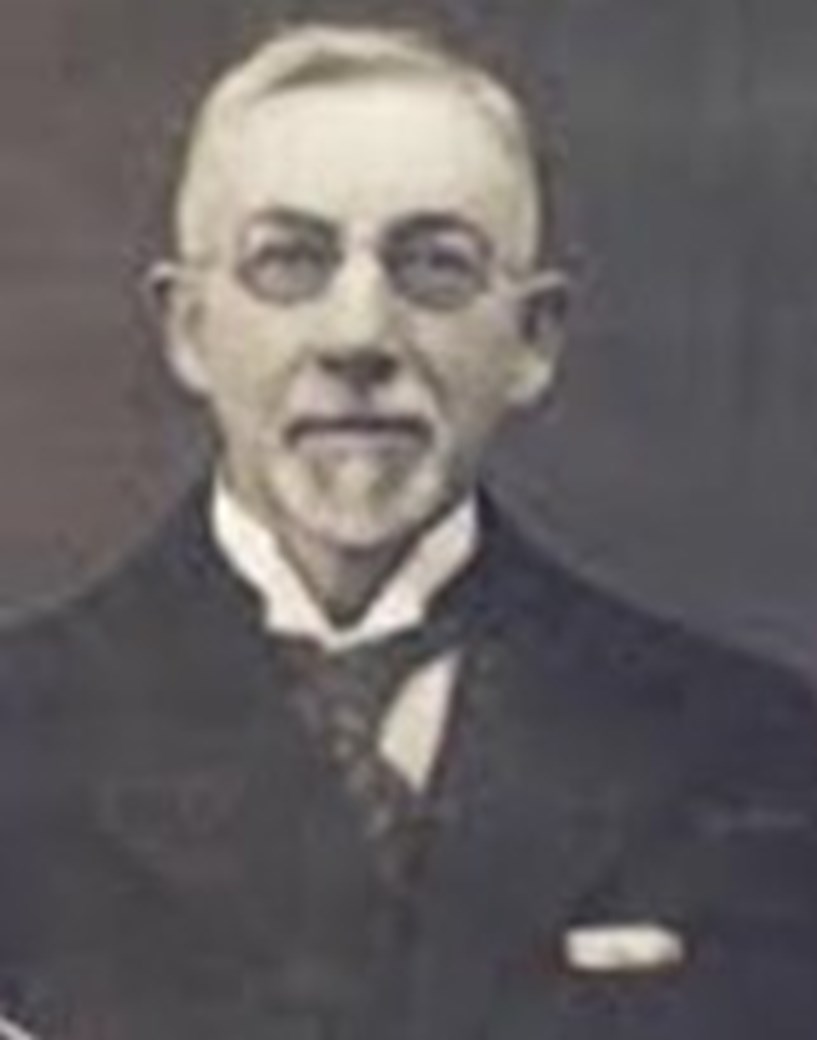 Marcos said ...
This picture is Thornton Child Turrall, brother to Henry Sidney Turrall. Both brothers were Open Brethren missionaries in Spain. Thornton was known among the Spanish as don Eduardo, and Henry as don Enrique. Both are still well remembered at the assemblies in my region
Monday, Apr 19, 2021 : 04:00
Marty said ...

Mr. H. S Turrall, was born on Feb. 10th, 1867. He was commended from Richmond, and in our September issue for 1889, there was a short note that he expected to leave Southampton by the Trent for Vigo on Sept. 12th, 1889, where he purposed to labour in fellowship with Mr. J. C. Hoyle. Owing to an outbreak of typhoid at Vigo, however, his brethren thought it well that he should go first to Madrid. His wife, born in 1868, was commended from Birmingham and went out to Madrid, as Miss [Adelaide Catherine Amanda] Hillis, in August, 1889, where she joined the Misses Gieser and Howard in their labours for the Lord. Mr. and Mrs. Turrall were married on Sept. 12th, 1892, in Birmingham, and returned to North-west Spain immediately afterwards. Since then, apart from five years during the last war and nearly six years when they were on furlough, our brother and sister have laboured unceasingly in North-west Spain. Both are greatly beloved. "Echoes of Service" 1951

The Home-Call of Mr. H. S. Turrall. The events of [his burial] profoundly moved us all. We were conscious of taking part in a notable event in the history of the gospel in Spain, for Mr. H. S. Turrall was the last of the veterans, a direct link with Mr. R. C. Chapman, Mr. Henry Payne, and other "worthies" who have spent their lives for the gospel in Spain. He was laid to rest beside Mr. Blamire in the Marin cemetery and in the midst of hundreds of those who have believed through their witness and are with them, now worshipping the Lamb in the midst of the Throne. For three weeks he had been bravely battling with angina pectoris, with many bright intervals and the hope of recovery. Yet his own longing was to be with Christ; his constant thought, the care of his wife; and hers, the giving of all to care for him. Weak at the best of times, she was given strength to do everything for him through this last illness. The end came very quietly on the early morning of Tuesday, May 12th, [1953] after an attack, "he turned over and was gone" no struggle, no farewells; a happy smile as faith changed to sight, a strange new expression (to us) of absolute satisfaction, a life yielded fully to the Lord in youth, a course well run, the assurance "henceforth" of the crown of reward. "He followed fully." The "earthly house" was placed in the Hall so that all his friends and neighbours could take their last farewells at the open coffin. The town was deeply moved, and the whole assembly watched through the night in silence, filling the Hall. At 5 p.m. the Hall was packed out. Wreaths from the young people, the Sunday School children and the church, surrounded the coffin, as D. Isaac Campelo rose to give out one of our brother’s best hymns. Another elder prayed with deep feeling, and Sr. Campelo read Deut. 34, stressing the references to the character of Moses, and it was easy to relate all these characteristics to Mr. Turrall. D. Celestino Puente followed with a personal tribute, as one of the many who were brought to the Lord through his ministry. D. Elisardo Gonzalez of Santo Tome who, with Sr. Campelo, maintained the guidance of the work during the war-years, spoke with deep emotion of his wise counsels and of his wonderful letters, showing concern for the elderly and sick members of the congregation during his absence in England. Mr. G. de M. Davis made an appeal to the young people to consecrate their lives to the Lord’s service. I read part of Psalm 16, stressing the secret of the fruitful and happy life just ended here (verse 8) and our brother’s decision, expressed in the framed card in his study, signed as a young man in Mr. Albert Head’s Bible Class and as a member of the group known as the "All for Jesus" Band. The whole congregation, including numbers of R.C.s, stood and waited as four brethren raised the coffin and carried it out to the waiting carriage and we all followed on foot to the outskirts of the town where, for more than 50 years, he had preached and lived Christ. Threatening rain hindered some from walking up to the cemetery, but a very large crowd nearly filled it when we began the last service there. D. Severo Millos, whom Mr. Turrall guided into a life-work for the N.B.S.S. as a young man, led in prayer. D. Cecilio Fernandez preached the Word from 1 Cor. 15 and spoke of death being robbed of its sting through the Cross, for believers. The rain caused some shortening of Mr. Conde’s closing word: "Remember your guides," in which he stressed our brother’s faithfulness to the Word of God, from which he never swerved, and the goal of his long life, "Jesus Christ, the same, yesterday, and today, and for ever." So ended a day of deep emotions, that of the congregation in the Hall will never be forgotten by those present. His monument is one of the largest congregations in Spain, and we all pray that his desire to see young men converted and consecrated to the Lord may be fulfilled ere long. He rejoiced that God had enabled him to pass on his work to his helper, convert and disciple, Sr. Campelo, and I would press the great need for prayer for our brother in such a heavy and difficult task. Perhaps there has never been such a gift to Spain as H. S. Turrall. "Don Enrique" will continue his ministry while there are Spanish-speaking assemblies on earth, through more than 300 of his hymns sung all over Spain, the majority of which have been incorporated in the new standard hymnbook. I have been reading Bunyan’s references to "Mr. Valiant-for-the-Truth," and our late leader was a perfect example. Now he has laid down his sword, for his successor in the pilgrimage: "My courage and my skill to him that can get it. My marks and scars I carry with me to be a witness for me that I have fought His battles who now will be my Rewarder. . . . "So he passed over, and all the trumpets sounded for him on the other side.
[Mrs. Turrall joined her husband on  27th December 1960.]
E. G. WOODFORD.  "Echoes of Service" 1953

The first picture was from here, http://www.hymntime.com/tch/bio/t/u/r/r/turrall_hs.htm, so maybe they got the wrong brother. I have added a second picture.