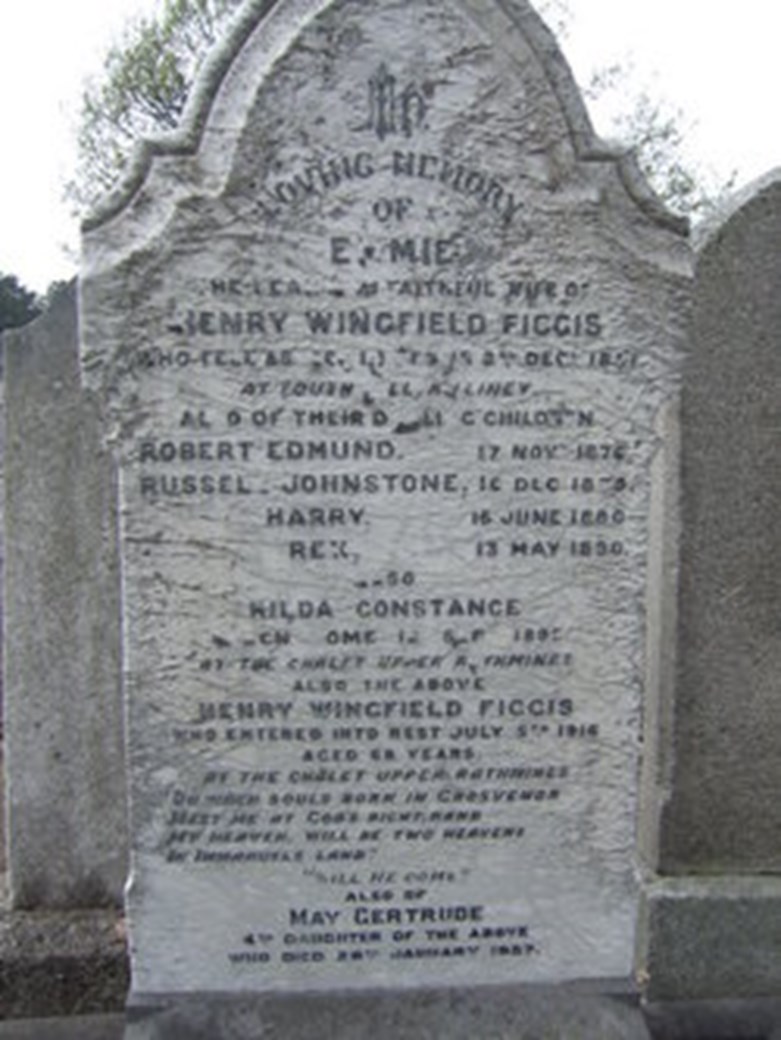 Timothy Stunt said ...
Perhaps a cross-reference would be appropriate here to the correspondence at https://www.brethrenarchive.org/archive/others/histories/chief-men-among-the-brethren/ which included quite a bit on HWF [a.k.a. Henry William Figgis]. Timothy
Sunday, Sep 22, 2019 : 00:41
Marty said ...

Fallen Asleep. July 5th, 1916 at Dublin, HENRY WINGFIELD FIGGIS, aged 68. The end came suddenly, but he had been in impaired health for some time, though able to carry on a good part of his usual activities, including the services for children which were a marked feature of his busy life. They were commenced in 1869 in the Old School House, Rathmines, and later transferred to Grosvenor Hall, and freshness and vigour characterized them through this long period. Mr. Figgis was twice married, (1st wife: Emily Harris; 2nd wife: Lucy Jane G. Allen) his widow, several children and grandchildren will value remembrance in prayer. "Echoes of Service" 1916. p. 292.

"Oh when Souls born in Grosvenor,
meet me at God's right hand;
My heaven, will be two heavens
in Immanuel's Land!"
"Till he come." H.W.F.