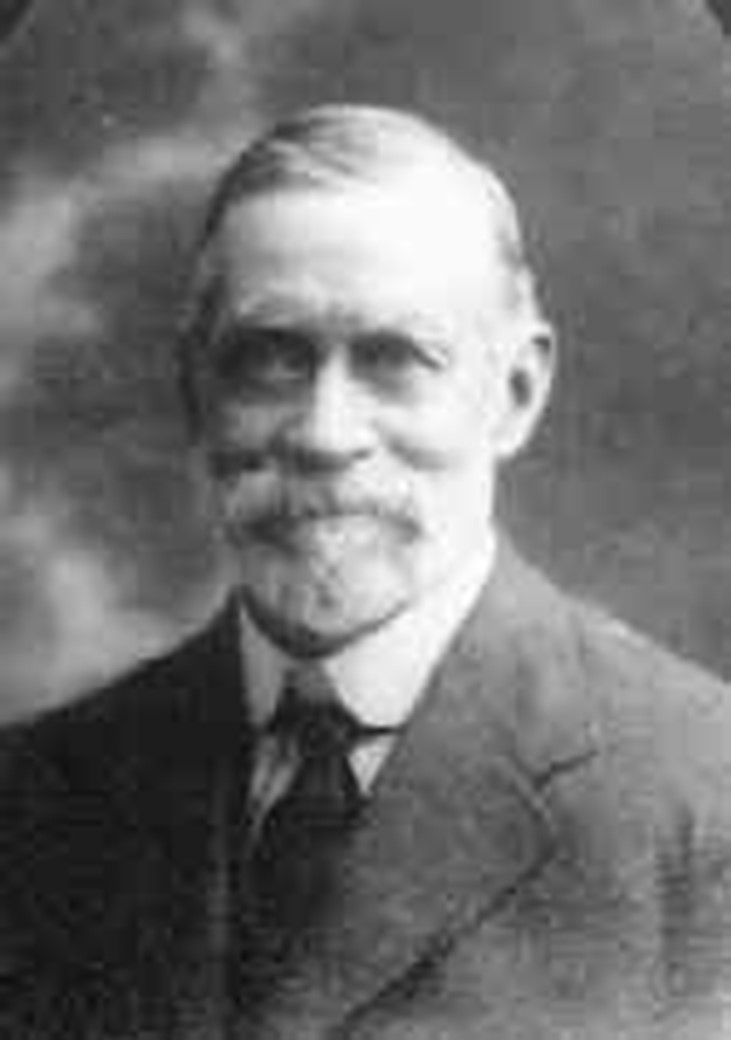 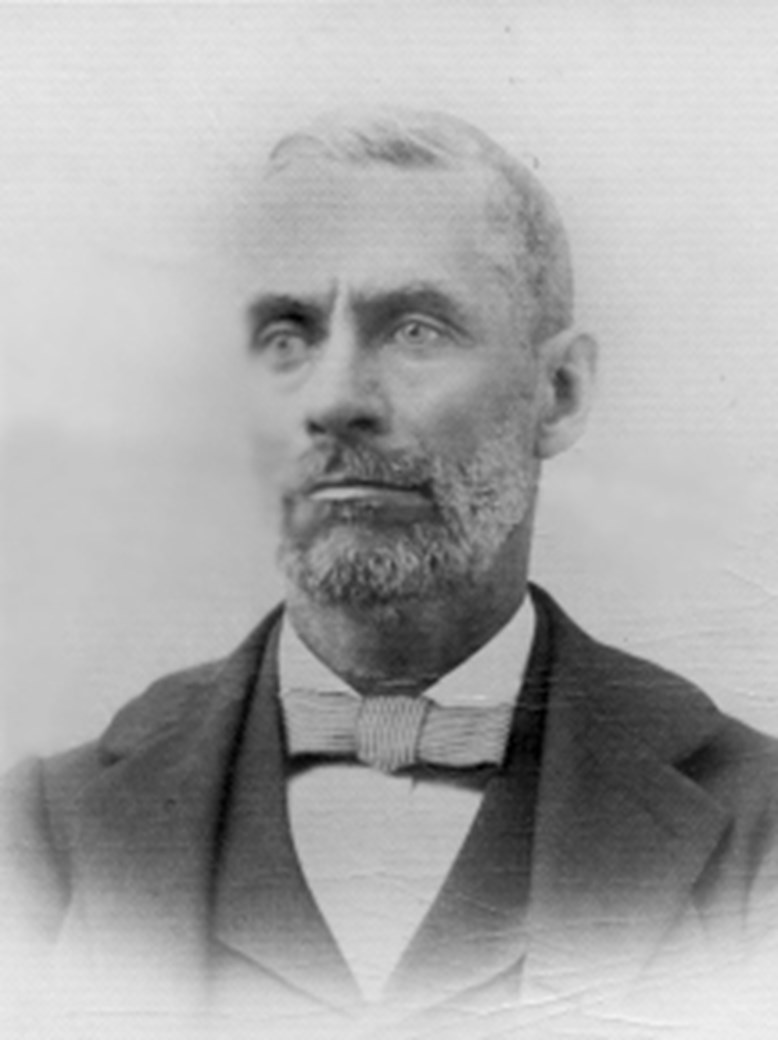 Joseph Pellatt was born in September 1842 in Hackney, England.  His parents were Robert and Rebecca, originally from Surrey and Suffolk respectively.  Robert was a domestic gardener; although Hackney was also a market garden village, growing and supplying fresh foodstuff to London, with nurseries and even watercress beds.  When Joseph was born, the family lived just to the east of the village proper in Lower Homerton, but in 1851 they are recorded in Kings Head Yard off Mare Street, the main road through the village - perhaps they had a tenement behind this very old public house.  (It is the building on the very right of this picture.)  Joseph and his sisters went to school, and then Joseph became a clerk.  Hackney was about to be swallowed up by the growth of Victorian London, which happened rapidly as Joseph was growing up; the family took advantage of this, moving to a newly built street in Lower Clapton.  But Rebecca died in 1862, and Joseph’s father remarried in 1866 and returned to Surrey.  Joseph had emigrated to America in August 1864—with the Civil War in full swing!  (His youngest sister, Rhoda, followed in 1870 with her new husband.)  Records show that he retained his British nationality, and it is said he kept his cockney accent too. As to Christian associations, Joseph says: ‘Part of my early days in London I was familiar with what is called hyper-Calvinistic Baptists’ - perhaps this was a Sunday School.  After leaving England, he is next recorded in Maroa, Macon County, Illinois, where he married Catherine Amanda Arnold on 21 October 1867—she had been born in 1843 in Ontario, New York.  He was converted about that time, which he speaks of several times.  He says, ‘all sorts of things were said … they told me I should go to the dogs’!

He became a Methodist – indeed a Methodist ‘parson’.  By co-incidence, the Methodist church in Maroa was founded in 1867 and he was the first minister recorded.  Methodist ministers are assigned to a circuit each year, and Joseph is recorded in a succession of seven townships in the vicinity of Decatur, IL during the 1870s.  In 1880, the family were in Pana, Christian County, Illinois; they then had six children.  Joseph left the Methodists in the early 1880s to meet with the brethren.  Speaking of this step, he says—

‘When I began, I had the Bible, and, thank God, I had the Holy Ghost, I was not so badly off, and the Lord shewed me these things.   I had this blessed book, and I will tell you what—it was real to me.   I went forth without the camp, and I went forth to Him, and I have never had to regret it, nor to retrace my steps.’

The family moved (perhaps indirectly) from Illinois to Axtell, Nebraska, then a tiny settlement on a new railway line.  He is then recorded as an ‘evangelist’ in Springfield, Illinois in 1892 and 1894.  His sister and her husband, William and Rhoda Coppard, who had also emigrated immediately after they were married, evidently came among brethren also.  They came at a difficult time, with several divisions occurring almost immediately among those they began to meet with.

Joseph Pellatt is described as a strong, plain-spoken but humorous man, with a powerful voice, excellent for open-air work.  In 1897, the household moved to Indianapolis, but he continued travelling widely to preach in different parts of the United States and Canada.  At a gospel revival in Chicago in 1900 and 1901, the preaching was first in tents; but the work continued at noon hour meetings in a hall.  There is also mention of his having noon meetings in New York.

Joseph had paid a visit to England in 1892, speaking later of attending a meeting at Park Street, London.  He was next in England in 1902, travelling back in Mr Frederick E Raven’s company on his second visit to America.  He had been to and spoken at the annual meetings in Quemerford.  Special meetings began to be held in Chicago and Indianapolis, which

Joseph attended, along with Robert S Sinclair.  Joseph Pellatt spoke at one of these meetings of a decision no longer to seek publicity for gospel work—

‘I believe the Lord will have a bright finish, but we must give up this idea of publicity, give up the idea of being something in the midst of a corrupted and nearly apostate Christendom.’

He made several long visits to Barbados in 1909 and 1911; a stirring poem connecting the sunset to the cross was written on a ship he took there.  He is recorded again in Britain in 1909, 1911 and 1912 (and on the third occasion, in Scotland and Ireland also).  Finally, he accompanied James Taylor on a voyage to Britain in April 1913.  Two days out of Liverpool, he was partially paralysed by a stroke.  The ship’s doctor was amazed to witness the composure which marked him, although he knew it to be serious.  But he remained in England, and was apparently active at the meetings, although in a wheelchair.  On 13 May 1913, he was at a meeting at Clapham and got to his feet just to read John 17: 24.  He died a week later, on 20 May 1913, and is buried in Nunhead Cemetery.  His widow, Kate as she was known, then moved to Los Angeles, where most of her family had settled, and died there on 30 June 1923.

In one of his last addresses, Joseph Pellatt summed up his service like this -

‘I am not an evangelist.  I have been trying to preach the gospel for forty-six years, but I do not claim to be an evangelist.  But one has sometimes to do the work of an evangelist, like Timothy; a kind of maid-of-all-work. ‘

After he died, it was proposed that a collection of his recent ministry should be published after this death: this volume reproduces the two books that resulted.  A book of his—very fine—poems was also published in 1914.

The biographical details I have added above were kindly shared with me.

A  new print of his Poems is now available at www.lulu.com.