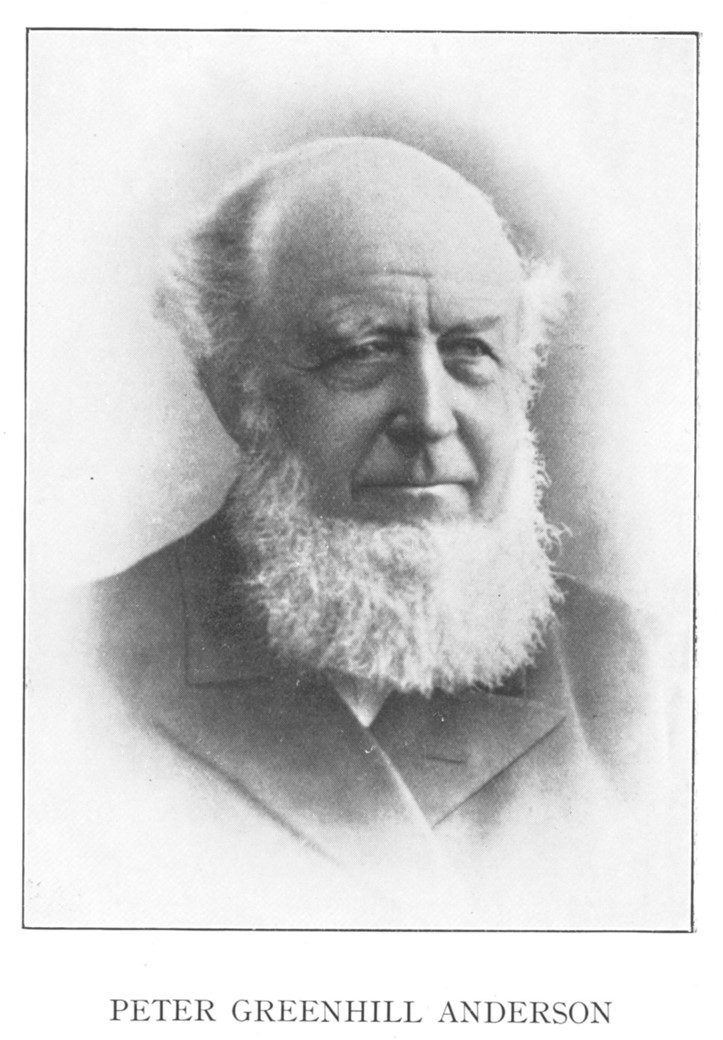 PETER GREENHILL ANDERSON, who was born January 29th, 1811, was a native of Scotland, his father possessing a freehold farm near Perth. After several changes of residence, he removed from Liverpool to Birmingham, establishing himself there as a schoolmaster. Some of his pupils became eminent in their native city and brought honour to him in after life. He was an earnest God-taught man, studying his Bible not only in the English Version, but in the original tongues. As a preacher of the Gospel of the Grace of God, it pleased God to give His servant the power to bring convincingly before men's minds the eternal realities of the world to come, and to make them feel the responsibility of accepting or rejecting the message he delivered.

In season and out of season Mr. Anderson was indefatigable in visiting the poor and sick, in looking after the stray sheep, and in seeking to restore the backslider or to convince the objector.

He was seldom absent from the Leominster Conferences, and one of his last addresses was given there on 1 Cor. 15, when he set forth the evidences of the Resurrection of the Lord Jesus in a manner which will not soon be forgotten.

WM. TROTTER, writing in 1843, mentions that "P. G. Anderson had been visiting the newly formed assemblies and greatly strengthening them." He was a great friend of R. C. Chapman.

Thus throughout a life prolonged to an unusual period, our friend was ever assiduous to do the Lord's work, whether as an evangelist, as a pastor, or as a pattern to the flock; and all who knew him loved him for the likeness he bore to the Divine Master. When the sister who cared for him bade him "good night" for the last time, he replied, "We can rest in the love of Jesus," and these were his last words.

He died April 6th, 1907. His body sleeps in Witton Cemetery, after a pilgrimage of ninety-seven years.