Alas, My Brother! I Kings, xiii, 30. A letter to the friends of Harry George Chester ... who fell at the Battle of the Alma, etc. 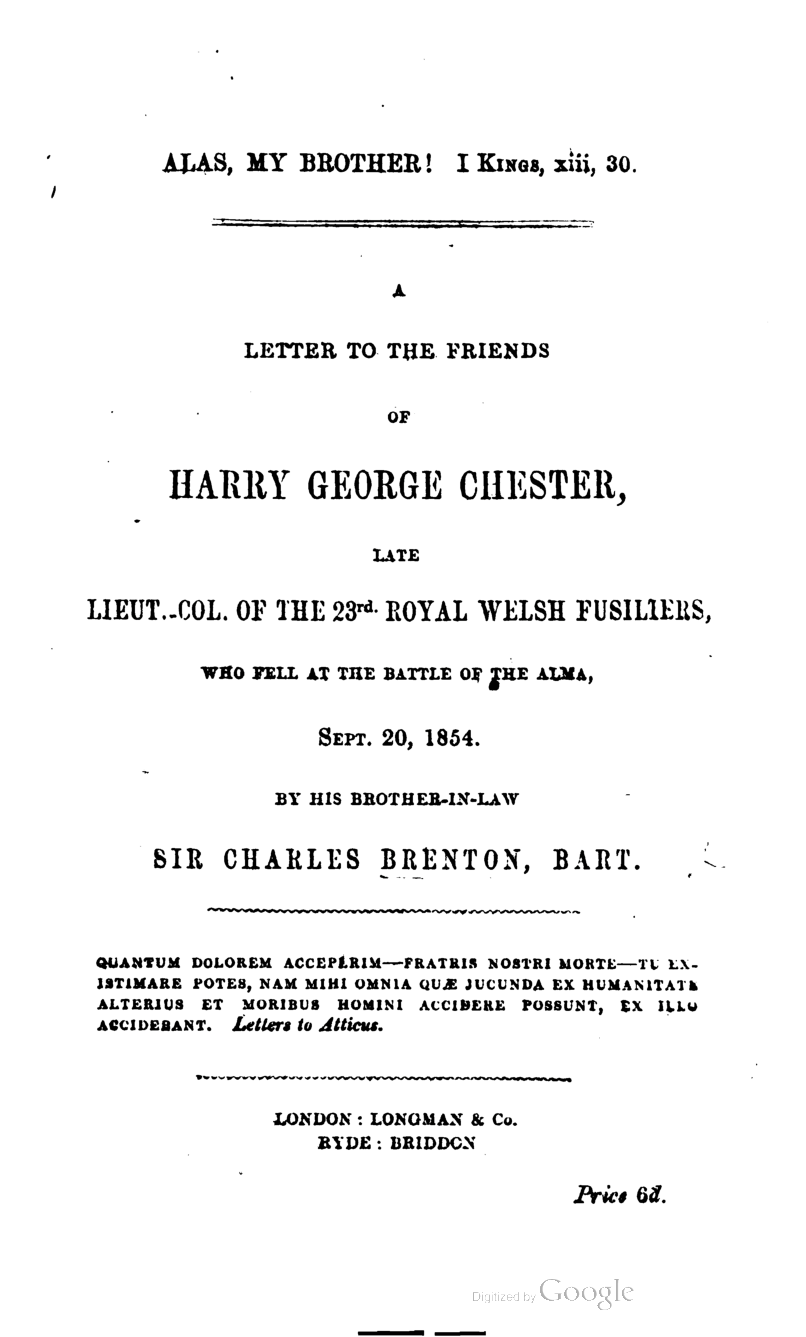 Interesting discussion on 'Worldly Amusements' on p13 and p27-33

The opposite party will say How could such a man be a christian at all ? A man who delighted in field sports, who almost idolized his dogs, who could stand for seven hours in a red shirt up to his waist in a river spearing fish, whose accomplishments were shooting, hunting, driving four-in-haud sleighs, and, above all, smoking. This man, they would say, but for the peculiar circum stances of the case, you would yourself condemn. But now that he has fought and bled gallantly and happens to have been your brother-in-law, you canonise him at once.

These then may possibly express their difiiculty in the same words in which Colonel Chester did, “I cannot give up smoking!” Perhaps you cannot, at allevents notjust yet, nor hunting, nor shooting. But where are we told that abstinence from these pleasures and pursuits must go before salvation? That they will follow, I may allow. You may answer, “ Faith without works is dead.” Granted, but faith without works preceding it is not dead. But I may go further. Not only is such abstinence not required previous to salvation, but it will not necessarily always follow.

And a reference to a visit of Sir Edward Denny on page 21.