The Earl of Carrick - Arthur Butler 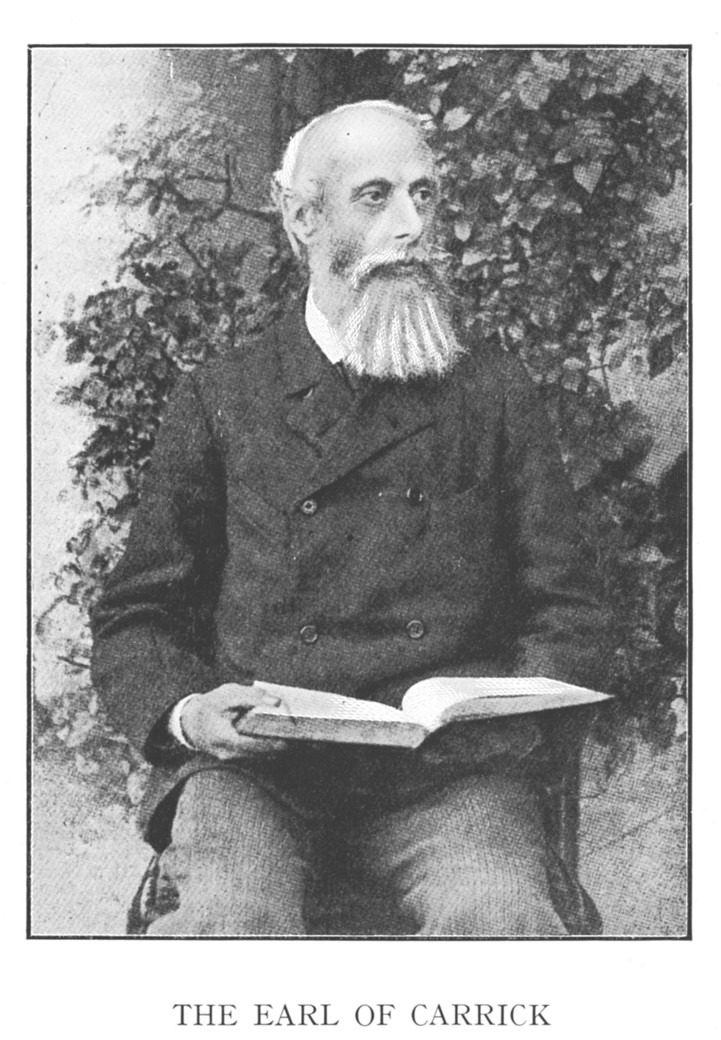 THE RIGHT HON. SOMERSET ARTHUR BUTLER, fifth Earl of Carrick and Viscount Ikerrin, was born 30th January, 1835. He succeeded to the title and estates when his brother died in 1846. He was educated at Harrow, joined the 1st Battalion Grenadier Guards as ensign and lieutenant in 1853, and took part in the campaign in the Crimea in 1855, being at the siege of Sebastopol, for which he had the medal with clasp. The Prince of Wales, afterwards King Edward VII, joined his regiment, and was placed in his company.

He retired from the army as lieutenant and captain in 1862, after which he spent much of his time in fishing, shooting, hunting, yachting, and looking after the interests of large properties for which he was trustee in Ireland and Yorkshire. He also took considerable interest in local matters.

The following is copied from an account of Lord Carrick's conversion, which was found among his papers:

"I was converted in 1869, apart from any human instrumentality or any writing of man. After my conversion I set to work to study God's Word, spending hours day by day searching into prophecy, etc. In 1869 the Church of Ireland was disestablished by Act of Parliament, and I threw myself heartily into the work of re-organization for three or four years. I and another gentleman in this county were the first to call for a revision of the Prayer Book. I laboured on the Revision Committee for many days, trying with four or five others to get it altered according to God's Word. In this we entirely failed, but I learned that the whole Church of Ireland organization, from the top to the bottom, was unscriptural, and that it must be swept away—it could not be made Scriptural. I therefore came clean out, having no idea as to Church fellowship in the future; I knew nothing about either Open or Exclusive Brethren. I saw all denominations to be of man, and not of God; so I sat alone every Lord's Day. Before this, God impressed on me Jeremiah 33. 3: 'Call unto Me, and I will answer thee, and shew thee great and mighty things, which thou knowest not,' and I told the Lord that if He would show me the hidden things I knew not, I would carry them out, no matter what the cost. From that day the Lord began to teach me. I saw in the Word that the Scriptural way was for believers to meet together each Lord's Day to remember the Lord in breaking of bread; so I and three or four others began thus to meet, and now, after eighteen years, a meeting still goes on in this house, and then in any place where I find believers gathered to the Name of the Lord seeking to carry out Church order, there is my place in fellowship. Thus have I been for eighteen years seeking to obey Ephesians 4. 3, . . . the unity the Spirit has formed is that of all believers, all who are born again, are united into one in Christ (Eph. 5. 30; Romans 12. 5; 1 Cor. 10. 17; 1 Cor. 12. 27) . . . What is needed is faithful men who will teach the truth, the whole truth, and nothing but the truth (2 Tim. 4. 2), and help on and encourage those of God's children who are seeking to carry out the principles and precepts of God."

His mother, Lady Carrick, was an intelligent Christian, and no doubt her prayers and example had an unconscious influence upon him.

Very many have to thank God they ever heard him preach the Word, and not only was the Word from his lips blessed, but by his life he was "an epistle of Christ, read and known of all men." Since his departure, a Christian lady, well known in Dublin as an earnest worker, told the writer it was noticing his holy life and his out-and-out acknowledgment of the claims of Christ upon him that made her decide for Christ some thirty years ago (Psa. 40. 3).

The last time he spoke was on 15th December at the morning meeting at Bray, the subject being "The Coming of the Lord." The last time he spoke at Mount Juliet was on the 5th chapter of 2nd Corinthians. He pointed out some of the things Paul said—"I know"—dwelt especially on the 10th and 20th verses, and explained about the judgment-seat of Christ being for believers. Oh the 20th verse he said it was as though Christ Himself was beseeching sinners to be reconciled, and begged any unsaved sinner who might be present to accept Christ. On the 1st verse he remarked about the dissolving of the tabernacle and our bodies being raised when the Lord came, and said he did not want to die—he was looking for the Lord to come for His people. He brought in the Lord's coming in almost all his late addresses. Now he is with Christ and all the redeemed in Heaven, still looking forward to "the coming of the Lord."

We must not think that position frees those who have it from the trials of this world. The late Earl was much tried in various ways; his health was very unsatisfactory, and he suffered much in body. His troubles began when he was a boy at Harrow, and he often spoke of the grief he had at hearing that his estates, which were much encumbered by past generations, had been forced into the newly-appointed Encumbered Estates Court and sold at about seven years' purchase. He was much grieved at the cruel murder of his wood-ranger, a man for whom he had a great regard, and who was a Christian in fellowship at the meeting. His trials were many and various, but God overruled them in blessing to his soul and to His own glory, and made his ministry more sympathetic than it otherwise would have been.

Lord Carrick was a diligent student of God's Word, and believed firmly in the verbal inspiration of the original Scriptures. He was one who believed in waiting upon God in prayer, and thus he got his message from Him and delivered it faithfully. He was naturally shy and reserved, but he soon felt at home with Christians. He was very kind to children and young people, and won their confidence. The Earl never married, so that the title passed to his second cousin.

He left for County Galway to stay with his half-sister, the Dowager Countess of Clancarty, who was very ill, and he appears to have taken a chill. Congestion of the lungs followed. On Saturday evening, 21st December, he realised he was dying, and said: "I will be in the glory land before the morning;" and so it proved. At 3.20 he took some refreshment, and inquired how his sister was. On hearing she was better, he said, "Thank God, " and sank to rest, without even a sigh, at 3.30 a.m., December 22nd, 1901.

The funeral took place on Friday, 27th December, at his seat, Mount Juliet, in County Kilkenny. It was very largely attended by all classes, including the Protestant and Roman Catholic clergy, from Kilkenny, Thomastown, and surrounding districts, testifying to the very high esteem in which he was held.