The Earl of Cavan 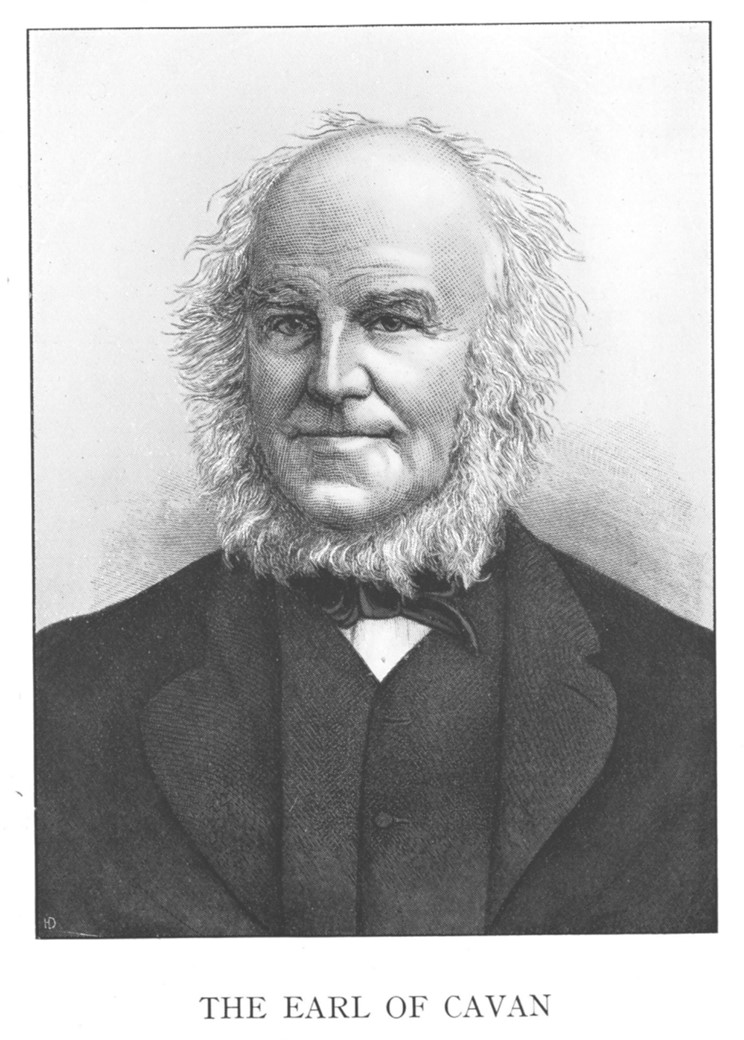 LORD CAVAN was born in 1815, his days extending to more than threescore years and ten. Married in 1838, he was, at the time of his departure from this earthly scene, just on the verge of completing a happy half-century.

The singular manner in which the Lord in His lovingkindness drew him into His fold enhanced the happiness of his married life. Chosen in life's prime as a signal vessel of the grace of God, the Person, the cause, and the reproach of Christ became his joy and his glory.

On making Weston-super-Mare his home in 1860, he built the residence which visitors see, with its dark background of woods, as the train on its approach to the town winds round the base of the hill, on whose slopes it stands.

"The Lodge," around which hosts of precious memories cluster, was lent to Lord Radstock in the early autumn of 1866, with the desire that the breath of the Spirit of Life might pass over the place. The Lord granted this desire by a remarkable ingathering into the Kingdom of God, which is known perhaps to the ends of the world.

From the year 1864, during a continued summer residence in the north of Scotland for the benefit of the health of his family, his experience of the Holy Spirit's anointing power had been greatly deepened; and it was graciously given him to perceive how powerfully that Spirit enables those "that do know their God " to be the mediums of bringing multitudes to the knowledge of Christ. In Edinburgh, in 1874, he was among those who greeted Moody and Sankey in that city.

Quiet in manner, with little action, and no attempt to seem a striking preacher, with his Bible in one hand and his eyeglass in the other, confidence in the Lord gave power to what he spoke. "I am," he would say, "only a plain man; but I speak what I know." He might begin without giving the impression of much power; but after a little, with his heart yearning over those He addressed, his tender manner became full of energy, his tones earnest, and his words very solemn. The true end of preaching was reached; his hearers felt that, whether for life of death, Lord Cavan' s testimony was a message from God.

He was an evangelist from the heart, and spoke just what burdened sinners needed. He took an active interest in mission enterprise, and frequently presided at the meetings held in the town of Weston-super-Mare. Both he and the Countess of Cavan took special interest in the inhabitants of he village of Milton, near Weston, and were accustomed to visit them; and were unostentatiously charitable to the needy. Many years ago, at his own expense, he erected a mission room, there being at that time very little provision for the spiritual wants of the people of Milton. He often conducted the services; and they were generally well attended. For many years the Friday morning prayer meetings, held in the assembly rooms, were presided over by him; and he was also a very diligent worker in connection with the services held in the Gospel hall, as well as in mission services in different parts of the county.

For many years the invitations of the trustees to the conference at Mildmay bore his name; and he took a warm interest in the work of the Scripture Readers' Society for Ireland. He had a great love for that poor country, but had no connection with it, except by his title, until, in middle life, a small and entangled estate unexpectedly fell to him, which he subsequently changed for a property in the Island of Achill, where he strove to ameliorate the condition of the people. He tried to get roads made, and to promote fisheries. By his efforts a substantial little pier was built; and he endeavoured to establish a steamer service, which should help the people to a ready market for their fish. For several years he and Lady Cavan spent some time there amongst them.

The "blessed hope" of the Lord's return, a theme on which he had always loved to dwell, was a very present hope to him, his longing for that return being only intensified by increasing bodily weakness and pain.

Lord Cavan passed away on 16th December, 1887. On the Sunday following his death warm tributes were paid to his memory in most of the Christian gatherings in the town. The body of the deceased Earl was interred at Weston Cemetery on 22nd December. Amongst others, Mr. Thomas Newberry gave an address, accompanied by a very earnest appeal to the unsaved.