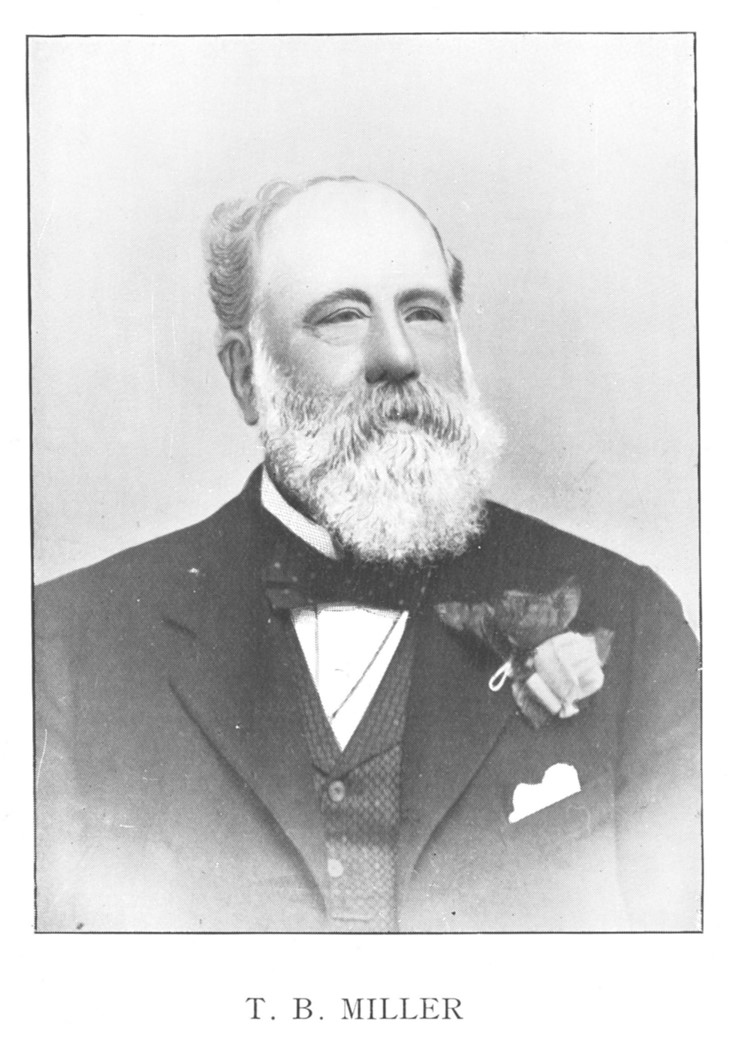 THOMAS BLAIR MILLER, son of Dr. Andrew Miller, whose volumes of “Church History” and Expositions have been enjoyed by thousands of the Lord’s people in many parts of the world, was associated with Christians meeting at Salisbury Road, High Barnet. Although head of the successful city finn of Miller, Son & Torrance, he devoted a considerable part of his time to the work of the Lord. He not only had a heart for the Gospel, but, like his father, was a Bible student. Especially strong was his interest in all that had to do with the Word of God; his addresses both to Christians and the unconverted consistently showing a deep love for the Bible, and many thoughtful and reverend expositions of Scripture were given by him in the meetings at St. George’s Hall, Langham Place, W., and later at Portman Rooms, Baker Street, W.

As a business man he was held in the highest esteem, and his kindly sympathy with those in trouble of any kind won for him the loving respect of all who knew him.

Mr. Miller was chairman and treasurer of the Royal National Mission to Deep-Sea Fishermen from its inception in 1885 until the time of his death. Having a thorough knowledge of fishermen and fisheries, he took a deep and practical interest in all matters affecting their moral and spiritual welfare. On one occasion, when describing the work of the mission, Mr. Miller emphasised the fact that the primary aim is spiritual, adding, “We keep this first, because it is the main or supreme object of our enterprise. Though we repair broken legs and heal wounds, irrespective entirely of whether a man holds our doctrinal views or has any views at all, yet our own services held aboard the mission ships, and in our various halls, and also aboard the trawlers, are always of an evangelistic nature.”

In July, 1905, he paid a visit to the fishermen in the North Sea, speaking at many meetings with much blessing. In all his services he sought earnestly to glorify God and win souls for Christ. He also contributed the Bible studies which appeared in the fisherman’s magazine, Toilers of the Deep.

Ever a welcome speaker at Conferences of Christians in various parts of the British Isles, he was advertised to take part in the large Half-Yearly Meetings of Christians at Glasgow in the autumn of 1905, but was called to join the larger company in glory ere the time of Conference arrived.

On Saturday, September 9th, he had a slight apoplectic seizure, but recovered sufficiently to take part in the meetings on the following Lord’s Day. On 11th September, 1905, he set out for Skegness for a few days’ rest, and whilst there was seized with another shock, from which he did not recover.