The first series began in January 1927 and the new series in July 1933.
"A Magazine Devoted to Ministry Concerning Christ and the Church."
Followed on from "Our Record" and was later renamed "The Uplook"
"was initially acceptable in conservative Gospel Halls, but soon became more and more aligned with looser GH’s and the conservative chapels." 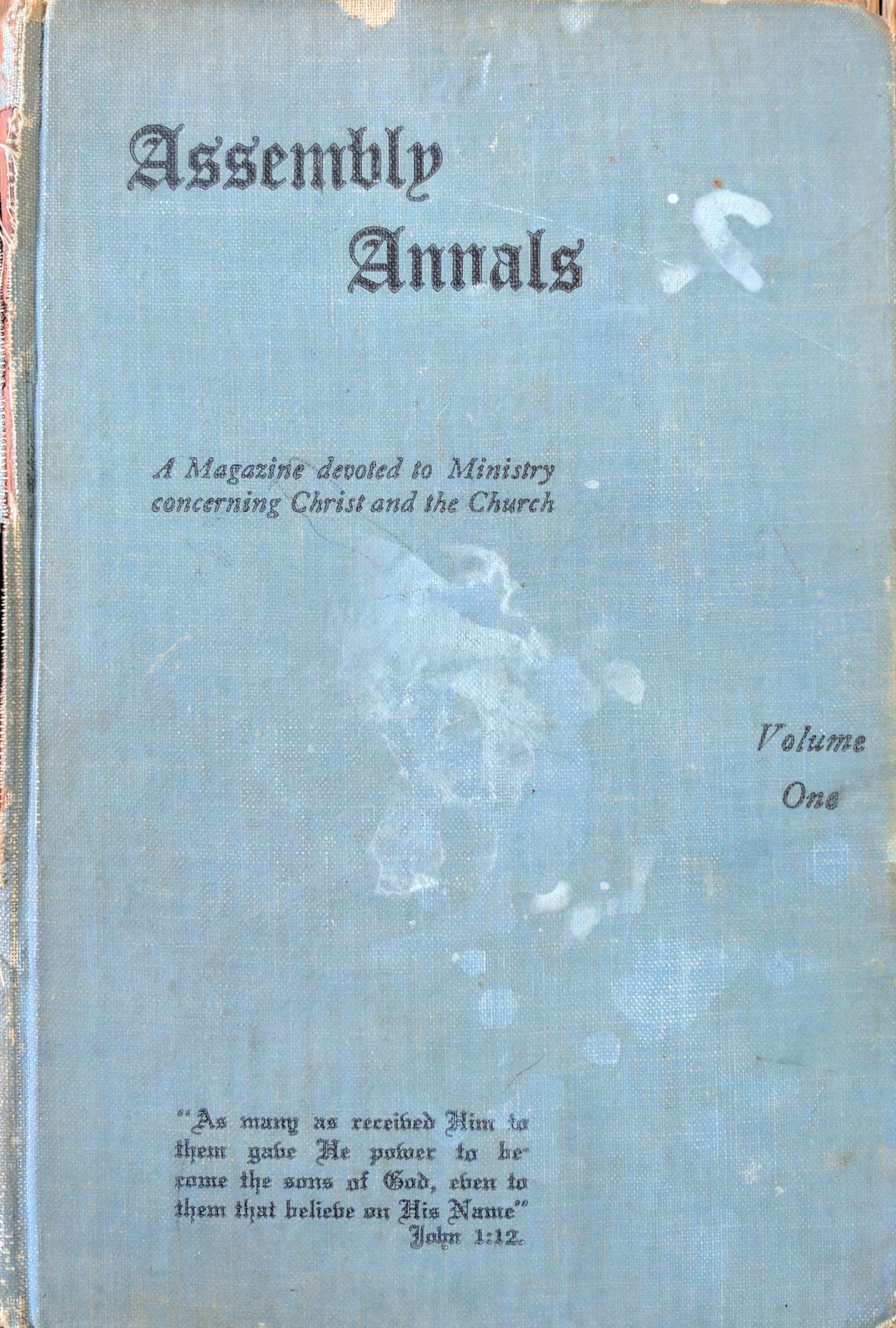 These files are free to download but for personal use only and not re-publication. Thank-you!

So it seems the magazine was first called "Look on the Fields" when started in 1927, and edited by Leonard Sheldrake before the name being changed to "Uplook" when Peter Pell became its editor a few years later. These would constidute the 'first' or 'original series'. The name was then changed to Assembly Annals in 1933 by its next editor, Dr. H. A. Cameron, and merged with 'Our Record'. And in 1968, it reverted back to Uplook.

The reason for the first change seems to have been some controversey;http://www.plymouthbrethren.org/user/180

Some of brother Sheldrake's articles in Look on the Fields occasioned severe criticism, such as Causes of Banishment which was written to correct severe tendencies among some assemblies and missionaries. Anything but a literary pugilist, he eschewed controversy for controversy's sake. Early on he passed the editorship to Peter J. Pell

Also of note is the Illustrated Scrapbook of Leonard Sheldrake at CBA.

Two other periodicals Sheldrake ran for a while are "Words of Peace" and "The North American Evangelist". Not seen either.