The 1890 Raven Controversy - Letter, 1953, to a Brother in Christ on the Christology of Orthodoxy, with Notes. 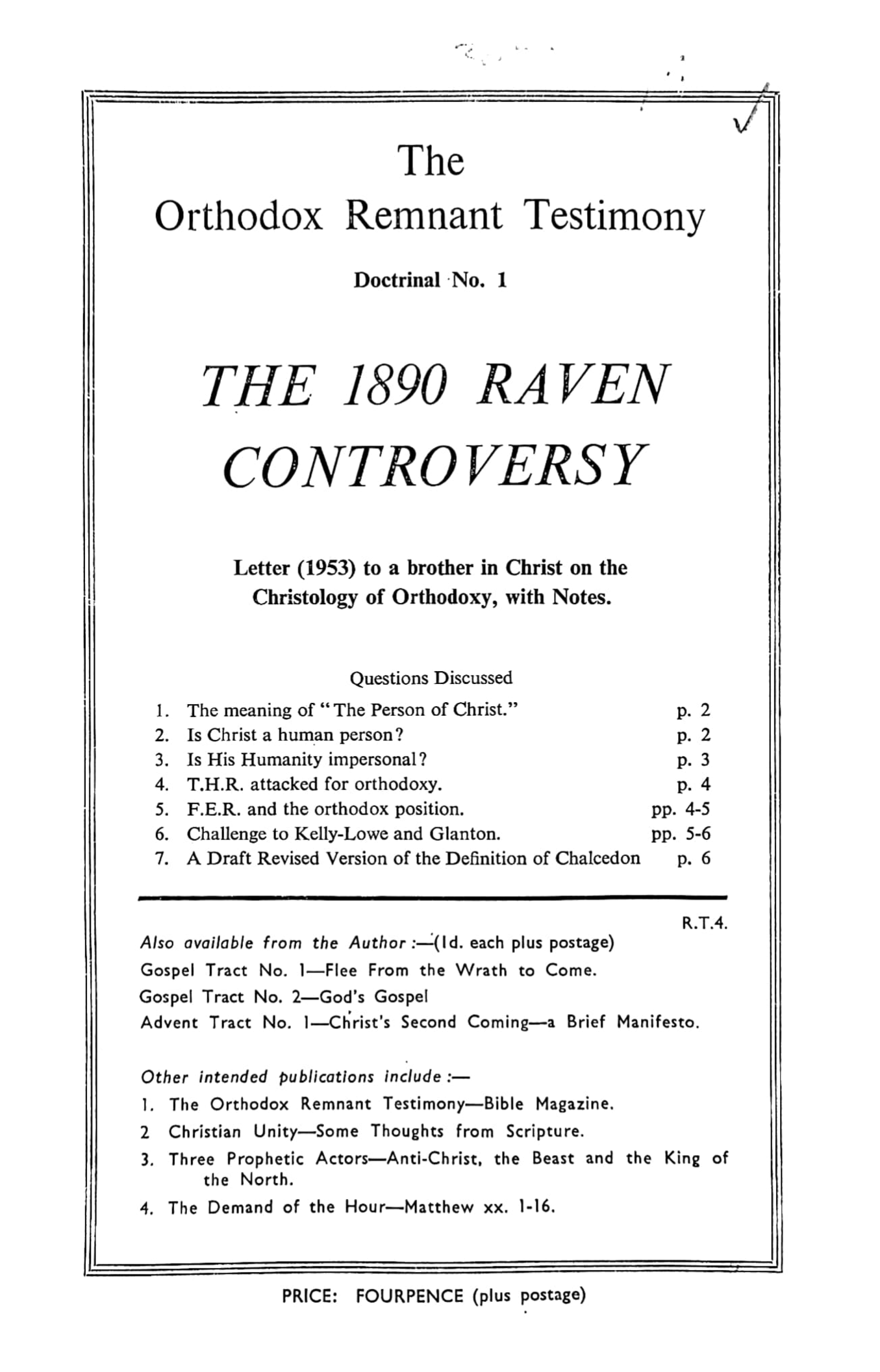 Syd said ...
Boyes writes: “I do not accept J.N.D.'s deprecation of Christological dogma.” He then goes on to assemble "dogma." A wiser man said: “The questions you ask me make me feel deeply how sorrowful are subtle questions upon the Person of Jesus; they tend to dry up and confuse the soul, to cause the spirit of worship and of love to be lost, and in its place to put intricate questions, as if the mind of man could resolve the way in which the humanity and divinity of Jesus are united. It is in this sense that it is said, ‘No man knoweth the Son save the Father.’"
Monday, Oct 31, 2022 : 20:26
Mark Best said ...

I have commented elsewhere on whether or not the humanity or manhood of Christ was personal or impersonal. We need to keep to the proper meaning and usage of words.

A paragraph on page 4 is of great interest. The one to which I refer says, "I believe that to charge Mr. Raven with denying the Hypostatic Union is totally unwarranted so far as 1890 is concerned. I believe that when he refused the idea of unity put foward [sic] against him and said that it was perfect nonsense, he was using the definite article in a demonstrative sense i.e. he meant their idea of unity. Most have assumed that when he criticised his critics saying that while " claiming to maintain orthodoxy their doctrine was destructive of Christianity etc.,:' he was in effect confessing that he was unorthodox, but that it was neccesary [sic] to be unorthodox to be Scriptural. I do not so regard what he said. I believe that he meant simply what he said, but was not in effect concerned to base his defence on whether he was orthodox or not. I am firmly convinced that while claiming to maintain orthodoxy his critics were unorthodox. Their words were certainly heterodox and what they maintained was in substance a departure from the fourth cardinal point of orthodoxy. He was God, truly, Man perfectly, both indivisibly, and both distinctly."

Though not having seen this document by Mr Boyes before, but having studied the controversy from all sides, I have come to a similar conclusion, though I might not express the matter in identical terms. The point is that Mr Raven's critics were not necessarily right themselves, some far from being so. His explanations must be understood in light of that running in the background, and in one particular instance coming under immense criticism, the context, that being a Reading on Hebrews 1 and 2.

It is interesting that Mr Raven wrote, "I have learnt by bitter experience the use to which expressions taken out of their connection could be turned." (Letters of F E Raven, New Series, page 39.)