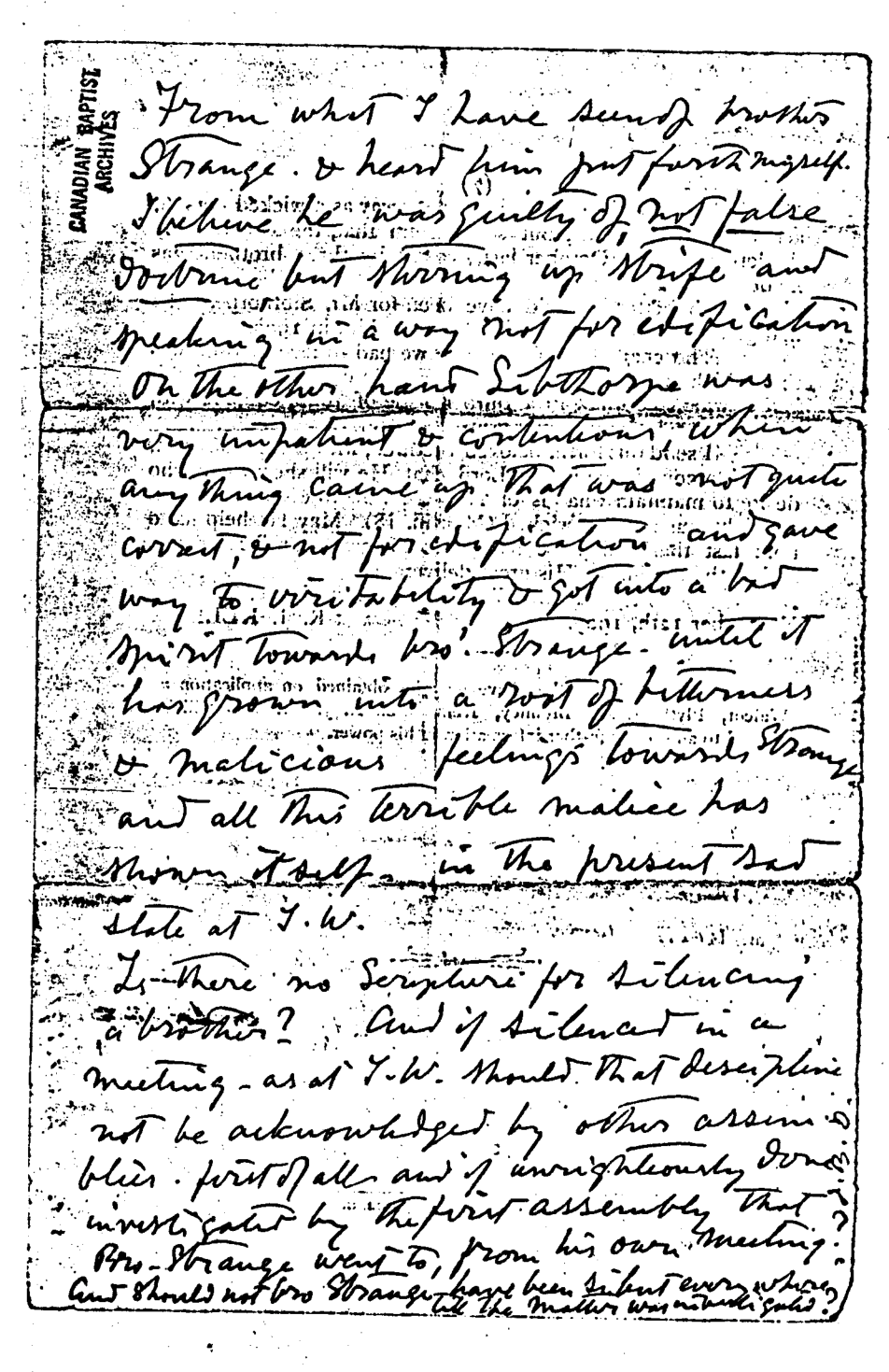 From what I have seen of brother Strange & heard him put forth myself I believe he was guilty of, not false doctrine, but stirring up strife and speaking in a way not for edification{.} On the other hand Sibthorpe was very impatient & contentious, when anything came up that was not quite correct, & not for edification and gave way to irritability & got into a bad spirit towards bro' Strange, until it has grown into a root of bitterness & malicious feelings towards Strange and all this terrible malice has shown itself in the present sad state at T.W.

Is there no Scripture for silencing a brother? And if silenced in a meeting as at T.W. should that discipline not be acknowledged by other assemblies first of all and if unrighteously done investigated by the first assembly that Bro. Strange went to, from his own meeting? And should not bro Strange have been silent everywhere till the matter was investigated?

Are these the words of Mr Lowe or someone else?