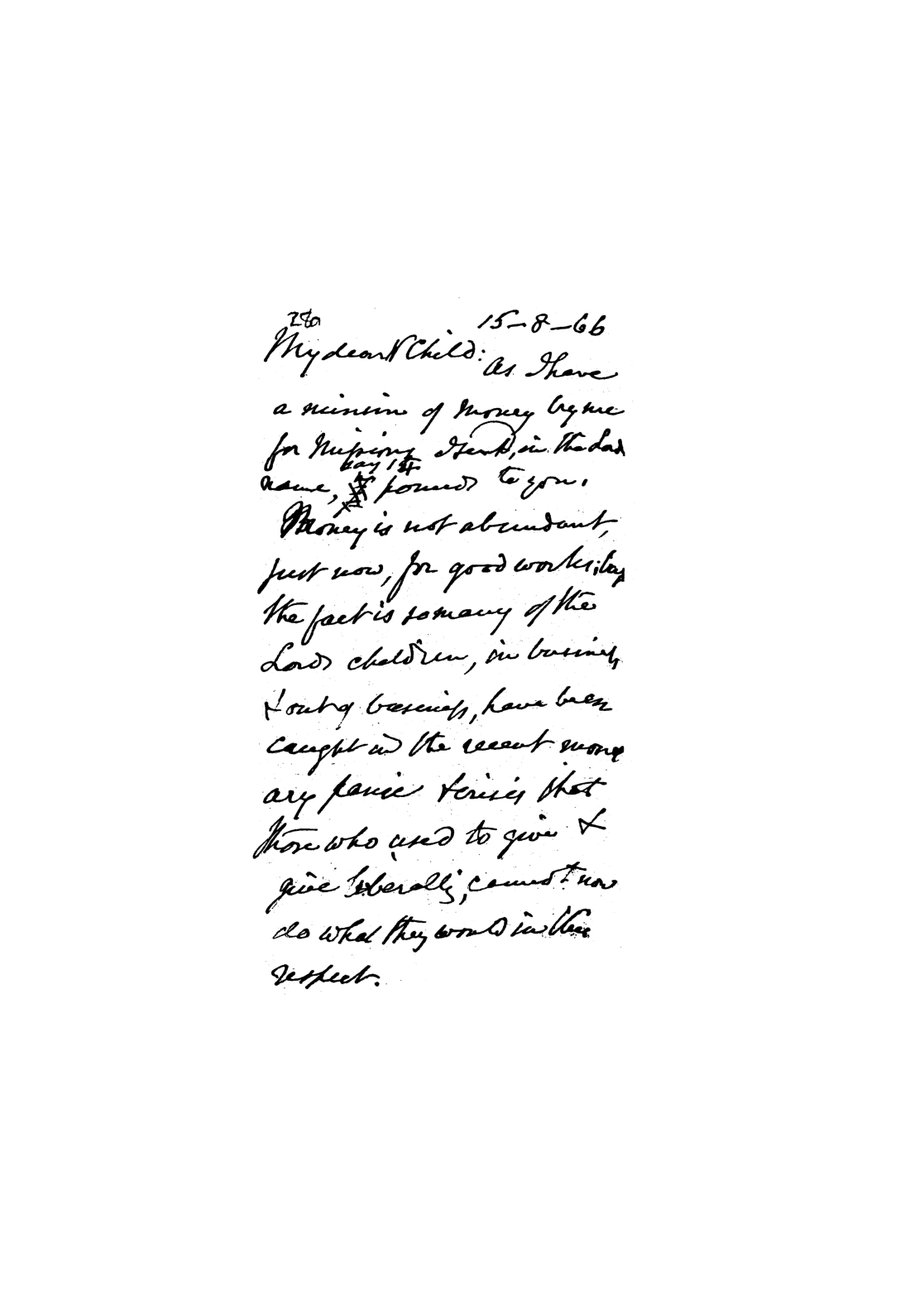 We have been tried, here. Mr Dorman has withdrawn from the table & Mr Hall, I am told, talks of doing the same. – The plea: false doctrine being tolerated. But those of us who have examined, to the best of our powers, before the Lord, the statements objected to, judge that the statements are not unsound. The party accused is JND: of holding & teaching Mr Newtons doctrine!!! It is nothing new, for I had the battle to fight 3 yrs ago at Lausanne & there the Lord has judged the accuser. The charge, divested of all its appendages, is really T. Ryans; & nothing more: & I think but for Satan could not catch an honest {?} mind that had a babes intelligence to hold it for a moment. Antagonistically opposed the one to the other are the two statements of JND & Mr R. JNDs being contradicting in principle & practice of the statements of the other. But the trial has come {?} & may the Lord teach us {?} how to walk in the furnace to his praise & honour

I've tried to reproduce spelling and punctuation as accurately as possible. Words I'm not sure about are followed by {?}. Corrections and improvements are most welcome (as well as the transcription of the rest of the letter, of course).