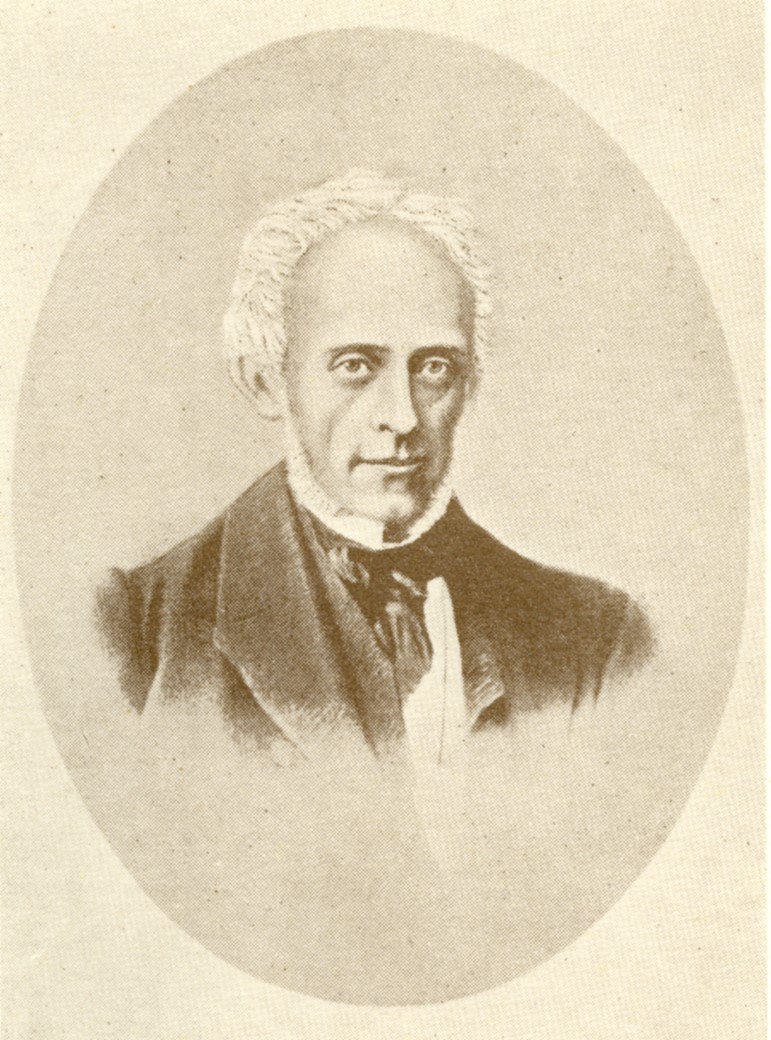 THERE have ever been believers eminent in the virtue of a prayerful habit of life, and the communion to which it gives rise. Such was George Vicesimus Wigram in these last days.

The twentieth child of Sir Robert Wigram - hence his middle name - he was born in 1805. Two of his brothers distinguished themselves in their respective careers; one James, became Vice-Chancellor in the Old Court of Chancery, and the other, Joseph Cotton, Bishop of Rochester.

GEORGE WIGRAM was converted whilst a subaltern officer in the army, and in 1826 entered at Queen's College, Oxford, with the view of taking orders. As an undergraduate he came into contact with Mr. Jarratt of the same college, and with Messrs. James Harris and Benjamin Wills Newton, both of Exeter College, who were all destined to take part in the ecclesiastical movement with which Wigram's name is also prominently connected. This connection was strengthened from about the year 1830, when these friends, all Devonians, were associated with Mr. J. N. Darby in the formation of a company of Christians at Plymouth, who separated from the organised churches, and were gathered to the name alone of Jesus, in view of bearing a testimony to the unity of the church, and to its direction by the Holy Spirit alone, whilst awaiting the second coming of the Lord.

Wigram was active in the initiation of a like testimony in London, where by the year 1838, a considerable number of gatherings were formed on the model of that at Plymouth, and he began to feel that some kind of organisation was needed, whereby these neighbouring companies should act in concert; hence his letter to J. N. Darby, which will be found on page 6o of W. B. Neatby's "History." The formation of a London Saturday-evening administrative "central meeting" dates from that year. Several years before this, Wigram's interest had been engaged in the preparation of Concordances, which should aid especially Bible students with no or but little knowledge of the original languages. The plan of these was determined on after conference with Mr. De Burgh, who found the workers, whilst there can be no doubt Wigram himself provided the money, although he humbly speaks of this only as "passing through my hands." The first to appear, in 1839, was the Englishman's Greek and English Concordance to the New Testament, and it was followed in 1843 by the Englishman's Hebrew and Chaldee Concordance to the Old Testament.

These volumes have largely aided intelligent, if not scholarly, acquaintance with the background of the Bible in both its parts, so that their issue by Wigrarn was a signal service of his rendered to the Church of God, which after the lapse of years still makes itself felt. Compilers of later works on similar lines have more or less been indebted to his scheme- cf, in particular, Scrivener's Reference Paragraph Bible. In the years 1845-1850 Wigram was prominently concerned in the upheaval, with its melancholy result, which, originating at Plymouth, in spreading affected Bristol in particular. His sincerity was never questioned, his motives always recognised by the late G. Muller, much to the credit of this venerated brother. A veil may now well be drawn over the proceedings of that period. Happily, it is very easy to believe that Christ, and He alone, was the object of each.

A magazine known as the Christian Witness had for several years served as chief organ of the movement in its beginning. This had now lapsed, and a new periodical, titled, "The Present Testimony" took its place under the editorship of Wigram. Amongst the papers it contained are his own on the Psalms, in which the Divine Names are distinguished in the text.

In 1856, he produced a new hymn book, "Hymns for the Little Flock," which for some twenty-five years remained the staple of praise in the meetings with which he was associated.

Ten years after the first appearance of the hymn book edited by him he stood by J. N. Darby once again at a critical juncture, when the question of the doctrine maintained by the latter on the sufferings of Christ introduced some further dissension. During the rest of his life he paid visits to the West Indies, New Zealand, &c., where his ministry seems to have been much appreciated. He passed away in 1879.

He was one accounted familiar with the sanctuary, who cared little to counsel others in their difficulties, referring them to the same resource. It is only upon the excellencies of such a man that one cares to dwell. Let all else, for those immediately concerned, sink into oblivion.