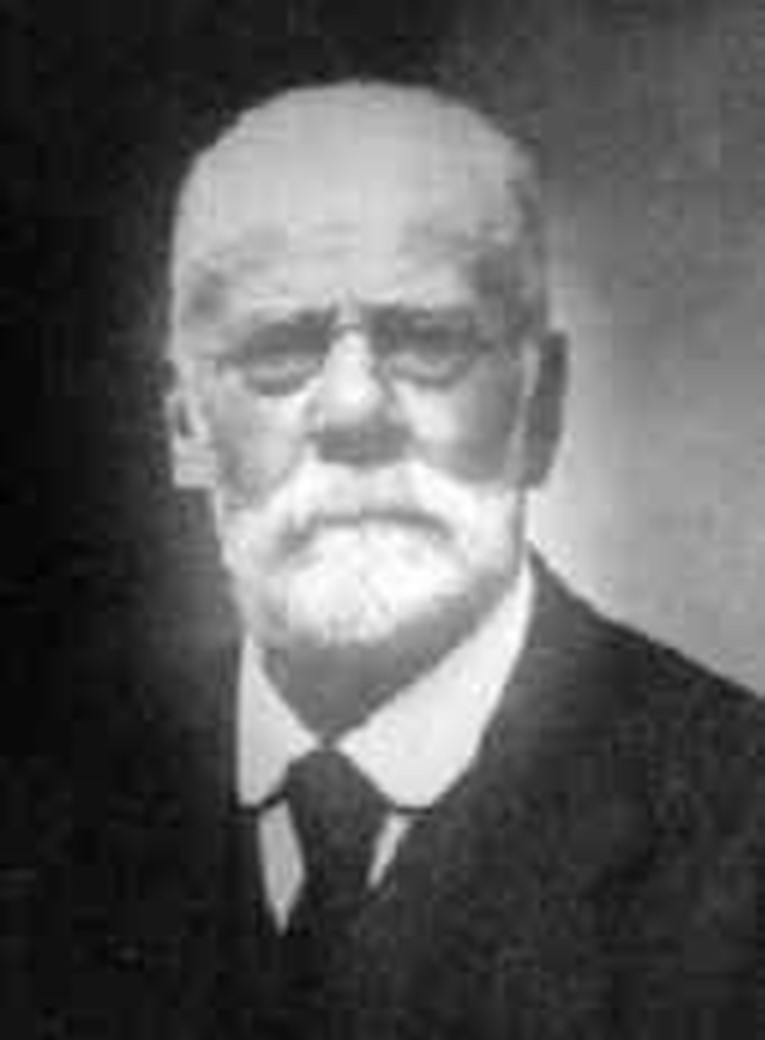 Some Notes Collected Over the Years

Edward Lawrence Bevir (2 July 1847 - 29 Oct 1922) was the son of Edward James Bevir, (1817-1896) QC, Barrister of Lincoln’s Inn and 110 Harley Street, London and Sarah (née Sadler) who were married 11 August 1846.  ELB’s grandparents, George and Susannah (née Lawrence), were respected figures in the civic life of Cirencester, Gloucs., where ELB’s paternal uncles John and William practiced as a solicitor and surgeon respectively.

ELB was born in Bloomsbury and as a boy lived with his parents in Richmond together with two younger sisters, Sarah and Anne, and his brother Joseph Lawrence (born c. 1856; BA (Oxon) 1879).  At some stage, his tutor was the Rev. James Newland Smith, a graduate of St John’s College, Cambridge, who in 1861, was the Head Master of Carshalton College, and later was the Headmaster of Maze Hill School, Greenwich Park.[1] ELB attended Eton College (1860-62) and then was enrolled in the Royal Military Academy, Woolwich as a cadet where in July 1867 he was promoted to be a Lieutenant in the Royal Artillery.

The date of his conversion is as yet uncertain, but it may have been in Malta where he served as an officer for a few years. He was attending and supporting meetings organized by Scripture readers in Valetta in 1869-70,[2] and being attracted to the ways of the Brethren he decided to abandon his military career. In 1871 he was permitted to resign his Commission with the Artillery.

He began to preach in France and Italy, supporting himself as a watchmaker (horloger) and from 1873 he corresponded every year with JND.  During the last five years of the older man’s life ELB wrote an average of eleven letters each year to JND, mainly with details of his work among Italian Brethren.  The letters are listed in a haphazard non-chronological order (together with letters from other Italian workers) in the catalogue at Manchester (CBA 5540, 418-491).  From some of these letters it appears that although his father was at first opposed to ELB’s association with Brethren, his attitude had changed by 1877.  There are indications that ELB’s father wrote a Diary which has survived but which is in private hands and remains unpublished.

ELB’s linguistic gifts were not confined to French and Italian and for some years he worked on an Italian translation of the Bible, comparable to JND’s French work, and this was published in 1891. In 1901 he published a booklet ‘shewing that Maltese is as much an Arabic dialect as any other.’  He was in Barcelona (1893) and Sweden, Denmark and Norway (1894).

In 1895 (aged 48) he married Katherine Beamish, daughter of Thomas Beamish of Hare Hill, Bandon, Co’ Cork.  She is described by Christian Maillebouis as ‘une darbyste irlandaise’ but her father Thomas Beamish appears to have been Master of the Cashelmore foxhounds from 1848-1880.[3]

ELB was a gifted poet, several of whose hymns are in use among Brethren.  From 1896 until his death in 1922 he edited Helps for the Poor of the Flock.   In 1903 he published Bible or Babylon?[4] as an answer to Babel und Bibel by the German Assyriologist, Friedrich Delitzsch (who should not be confused with his evangelical father Franz Delitzsch).

In his later years ELB pursued a variety of scholarly interests. From 1904 he was a Member of the Royal Asiatic Society and in 1906 he was elected as a member of the Society of Arts.  In Robert Holmes Edleston’s Napoleon III and Italy (Darlington 1908), Bevir’s help with proofreading is acknowledged.  For most of his life his home was in Valence-sur-Rhône in Southern France where he died in 1922.

[1]     J. Newland Smith published two works on the need to reform the dating of Easter in the calendar (see W.T Lynn, ‘Styles of the Calendar and the observance of Easter,’ in Companion to the [British] Almanac for 1882, p.8) This topic may have been the occasion of his letter to ELB advising him, in 1878, on a point of horology but also indicating his disapproval of Bevir's evangelising work in France. (CBA, JND/5/12: 151)

[4]      Neither this nor the earlier work, arguing that Maltese is an Arabic dialect, are in the CBA collection in Manchester, but they are in the holdings of the British Library

E.L. Bevir's three hymns in 'Spiritual Songs' were well known to the users of the 1903 edition of the Little Flock hymnbook.

No.386 "Where glory lights the courts on high" was, and is, often sung when brethren are gathered to remember the Lord Jesus in the breaking of bread. The path of worth, the death, resurrection and ascension of Jesus are important features of the hymn, culminating with the anticipation of the Lord's return for His bride in the last two verses.

No. 468 "O Lord of Glory who couldst leave" was, and is, equally popular at the Lord's Supper. No better sentiments could be expressed in song than the extolling of the love of the Lord of Glory that led Him into death, and to view Him now where He is, the Man of Triumph entered into His glory.

No. 492. "We seek the things that are above" is perhaps not so well known but it expresses the aspirations of those who appreciate heavenly blessings.

These three hymns by E.L. Bevir are found in a book of poems bearing his name. The preface to the book is of some interest: "The beloved writer of these poems was called home on 29th. October 1922 at Valence-sur-Rhône, France, where he had lived and laboured for many years. The verses were written in the course of a long life of devoted service, spent chiefly in Italy and France, and cover a period of nearly half a century. Much might be said of the classic excellence and literary finish; but that which will appeal more directly to the heart of every Christian reader is their spirit of deep piety, fervent appreciation of the Person of Christ, conscious knowledge of the new heavenly position and relationships, and high anticipation of the Lord's return and coming glories.

"Many of the poems have already appeared in various magazines, whilst two or three small selections have been published at intervals. The present collection has been made as complete as possible, and is sent out with the earnest desire that God may graciously use it for the cheer, solace and encouragement of His people everywhere". The book is named simply "Poems. E. L. Bevir" and was obtainable from Charles Leflaive, Southfield House, Willow Tree Road, Altrincham. The printer was Morrisen and Gibb, Ltd. Edinburgh.

E.L. Bevir, for many years, was the editor of the magazine "Helps for the Poor of the Flock" to which he contributed many interesting articles. Two examples of his poems are presented here:

To Thee — alone
Dwelling in uncreated light, —
Who wast unknown,
Immortal Being beyond sight, —
Honour and everlasting might.
Yet though our eyes
May not behold Thy Deity,
(So broadly lies
The gulf between all else and Thee)
We Thine unmeasured glories see.
In Him revealed
Thy counsel, ere the world began;
Naught is concealed,
O God, of all the wondrous plan
Divine affection in a Man!
Thy Potentate,
The Lord of lords and sov'reign King
Shall reign in state.
All nations shall His virtue sing,
To Him their gifts and treasures bring!

(There are three verses omitted.)

ALERT!
Voice of the truth is dumb,
Lukewarm is Christendom,
The latter days have come,
Wake then, O sleeper!
Faith, once so clear and bright,
Like an expiring light
Dies, and the shades of night
Seem to grow deeper!

Doctrines of earth and hell,
Balaam and Jezebel; —
Who shall the deepness tell
Of the deceiver?
Surely, as with a pall,
Shadows come over all;
Wake, ere the judgment fall,
Wake, O believer!

Wake! ere thy love grow cold
Buy of Him precious gold
Prized by the saints of old;
Buy of Him vesture,
Garments of purest white,
Salve, to correct Thy sight,
So to discern aright
Truth from imposture.

Not to deny Thy Name!
Not to forget Thy claim!
Jesus our Lord! The same
Now and for ever!
Oh! give us grace to stand
Till time's last grain of sand
Fall, and Thy potent hand
Us from earth sever.

E.L.Bevir wrote two poems in which He extolled the Son of God eternal: "Hail to the Saviour, Son of God Eternal" and "Hear the words of life eternal, spoken by the Eternal Son".