An Ordered Life. An Autobiography. 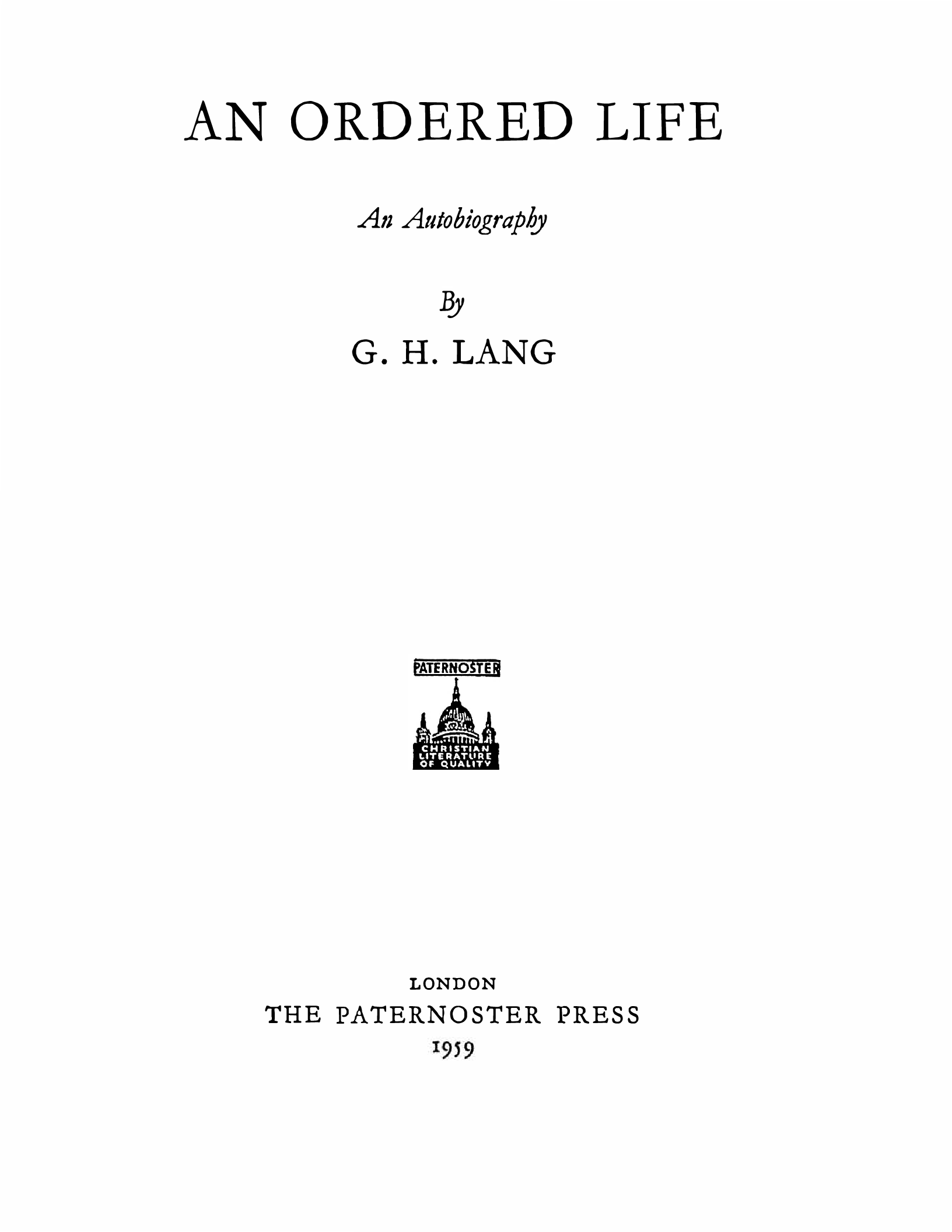 I hope they upload, the title I have meaning to get my hands on in a long while

On p. 210 Lang reports an interesting confrontation with "a German Exclusive, who had taken up the reins of government of the Exclusive meetings" in Egypt. This is a reference to Otto Blädel (1856–1933), a German Kelly-Lowe-Continental missionary who had been working in Egypt since 1903.

The Egyptian brethren were tired of foreign domination. The leader died shortly after and a younger man arrived from Germany thinking to take up the reins. But it was made very plain that he was persona non grata, and he returned whence he came.

The "young man" in question was Walter Theißen (c.1900–1955), a son-in-law of the better-known August Friedrich Emde (1868–1949, editor of a prophecy magazine called Menetekel). Theißen worked in Egypt from 1931 to 1935. The fact that he left the country in disagreement with the Egyptian Brethren was held against him by many German Brethren until the end of his life. Partly due to quarrels within his extended family, his home assembly in Nassau (Lahn) was hopelessly disunited in the post-war years and was excluded from the circle of KLC assemblies in 1954.