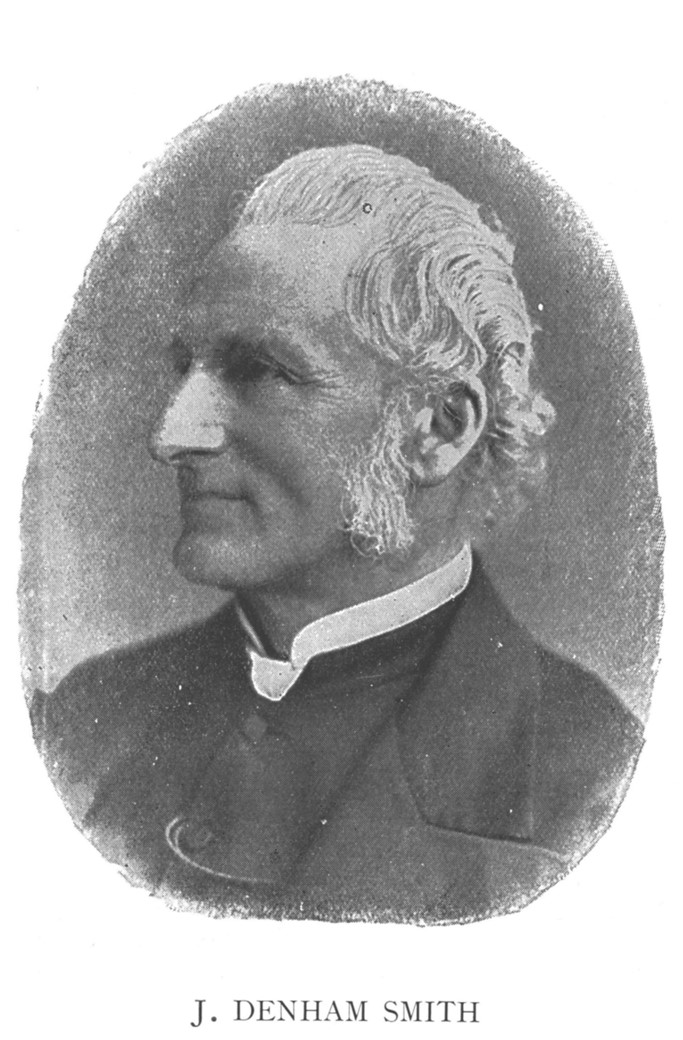 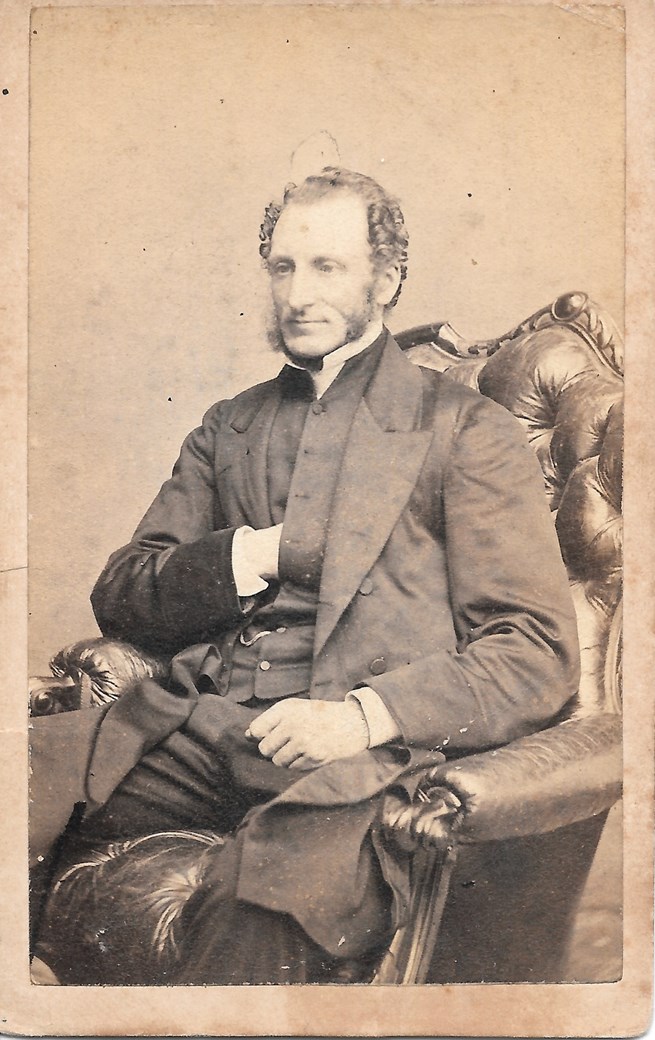 JOSEPH DENHAM SMITH was born in July, 1817.J He had a happy childhood, and possessed a buoyancy of spirit which never forsook him. His widowed mother, a devoted Christian, longed for his early conversion, and abundantly were her prayers answered.

At the age of sixteen he first preached the Gospel, and many were thrilled by his lifting up of Christ. Hearing of Ireland's need, he determined to settle in that land, and there for many years spent a happy and blessed life in pointing sinners to Christ. In 1841 he commenced his more recognised public ministry at Newry, where his memory is still held in affection and gratitude. Thence he removed to Kingstown in 1848, and devoted himself to the pastorate of the church that he was instrumental in planting in Northumberland Avenue, and which was destined to prove so remarkable a centre of spiritual life to multitudes.

In 1859 a wave of blessing rolled over the North of Ireland, whence the work spread to other parts. In August, 1859, Mr. and Mrs. John Morley, of Clapton, London, visited Ireland, to see the beauties of Wicklow and other places of interest. Mr. Denham Smith remarked: "But you will not return, will you, without seeing something of the remarkable revival ?" "We had not thought of seeing it, " said Mr. Morley, "but we will consider it. " Accordingly, accompanied by Mr. Smith, they visited Belfast, Ballymena, and other places which formed the centre of this blessed work. Mr. Denham Smith rejoiced in the wondrous movement, and received a fresh enduement of power from on high as the result of the visit. This was evidenced by a remarkable outburst of spiritual blessing on September 9 in the church at Kingstown, which continued for many months with notable blessing to thousands of souls. Services were commenced on board the express boats running between Kingstown and Holyhead, which were remarkably owned of God

Many were brought under the saving power of the Holy Spirit. These were by no means drawn from the poorer classes only, but included people from all sections of society, many of whom are now prominent servants of God. Mr. Shuldham Henry, afterwards a well-known preacher of the Gospel, was converted to God through the instrumentality of Mr. Denham Smith, whom he was induced to hear in January, 1860.

From Kingstown, Mr. Smith now went forth with a yearning heart for souls, to commence services in the Irish metropolis, the Metropolitan Hall being taken, where meetings were held that will be borne in everlasting remembrance by many who shared in the blessing vouchsafed therein; the abiding fruit of these gatherings may be found in many parts of the world to-day. Thousands flocked together in the morning, and remained hour after hour—many without refreshments—until ten and eleven at night. Careless ones were awakened, anxious ones led into peace, and persons of all classes rejoiced in a newly-found Saviour.

As might be expected amidst such scenes and services as these, Mr. Denham Smith soon felt that he could no longer be bound by denominational bonds. Accordingly he retired from the pastorate of his church at Kingstown in order to take his stand as a servant of the Church at large. It was, however, the deep desire of his friends, on his leaving Kingstown, to secure the continuance of his labours amongst them, and, in accordance with this, it was decided to erect a suitable hall for religious services, so that Dublin might be "a centre of evangelising effort, " in which building Mr. Denham Smith would have the "privilege and joy of the co-operation and fellowship of various devoted ministers and servants of Christ. " In this way was erected Merrion Hall, Dublin

In the spring of 1886 Mr. Denham Smith's health gave way. Persistent attacks of indigestion weakened his hitherto active constitution, and caused much anxiety to his friends. He gradually weakened, till on March 5, 1889, he quietly passed Home in the presence of his wife and family.

Whilst widely known by reason of his eloquence, simplicity, power of imagery, choice of language, and force by which in pulpit and on platform he preached the Gospel or expounded Scripture doctrine, Mr. Denham Smith is still more extensively known by the activity of his pen, not only in prose but in sacred verse. His literary attainments were of a high order, and in early life were exhibited in works of no mean merit. His volumes, "The Gospel in Hosea, * "The Brides of Scripture, " "Green Pastures," and others are full of spiritual teaching. As a hymn-writer he will be long known by the sweet combination of poetry and doctrinal truth, as shown in such hymns as "Just as thou art," "Jesus, Thy dying love I own," "Communion with the Lord, " and others.

In the calling Home of this beloved Christian the Church of God on earth lost one of its brightest ornaments, and one of its most faithful servants; one who unswervingly followed his Lord, and counted it, throughout his ministry of fifty years, his highest joy to spend and be spent in his Master's service. That ministry, so redolent with the savour of Christ, endeared him to many thousands in this and other lands, who never had the privilege of his personal acquaintance or of his viva voce exposition of the Word.