Baptism: Its Use and Abuses 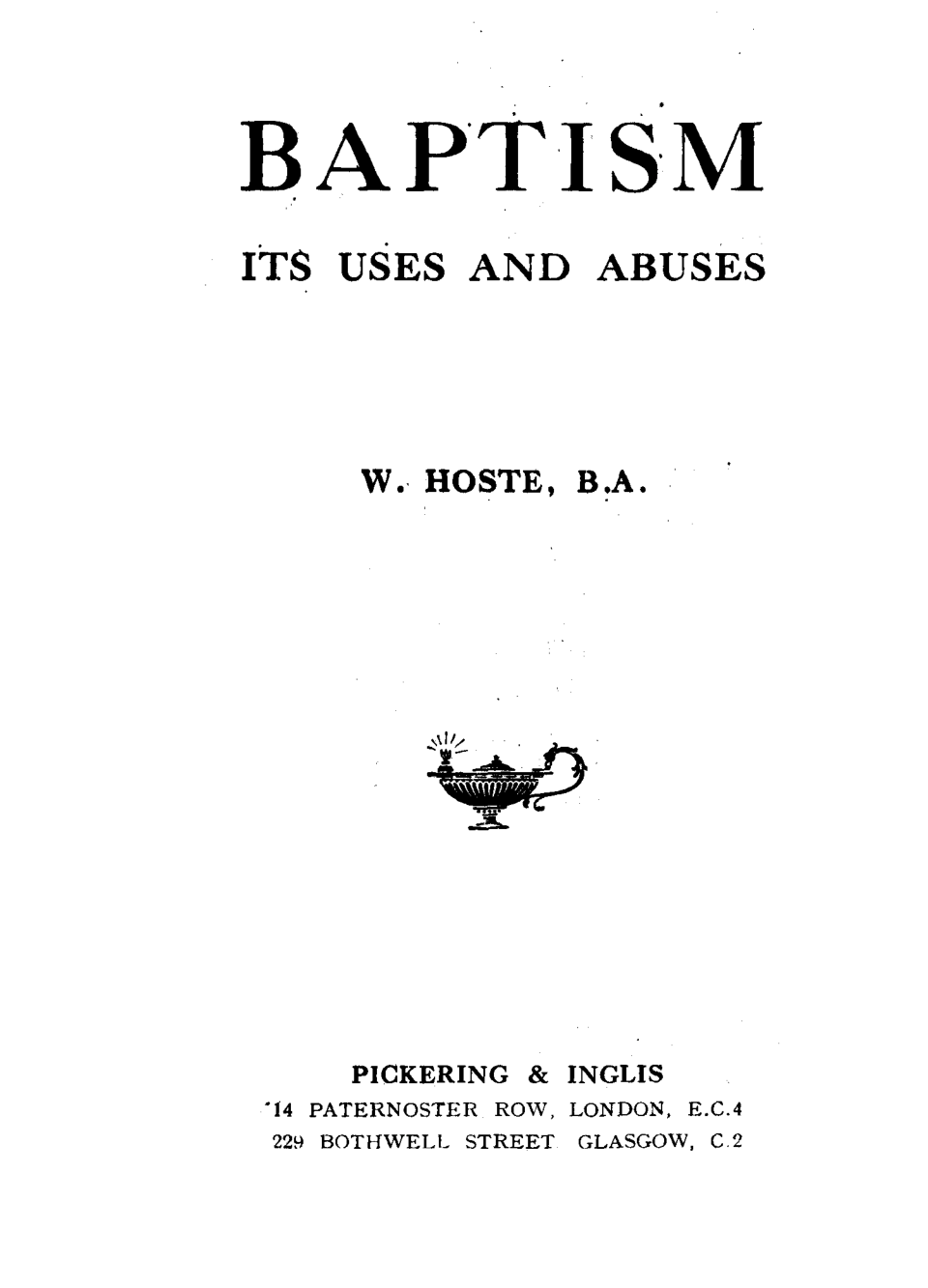 This is a useful point to remember, as 'Infant Baptists' often claim their practice was that of the early Church, and they often say it with such force and lustre, that one is inclined (in ignorance) to give credence to this claim ..

The late Dean Stanley, an admitted authority on such questions, writes: "In the Apostolic age, and in the three centuries which followed, it is evident that, as a general rule, those who came to baptism came in full age of their own deliberate choice. We find a few cases of the baptism of children. In the third century we find one case of the baptism of infants. . . . Chrysostom, Gregory Nazianzen, Basil, Ephraem Edessa, Augustine, Ambrose, were all the children of Christian parents, but yet were not baptised till maturity."

And these extracts again deal with the "households" in Acts. The bold is mine.

Acts xvi. 15. May we not infer that there were infants baptised in /he households of Lydia, the Philippian jailer, and Stephanas? Were cradles, swaddling clothes, or similar articles mentioned in the context, we might infer thepresence of infants in these households, but in the absence of such reference there is no room for inferences, but only for imaginations. We do not even know that Lydia was married. Her case is a stronger argument for baptising unconverted servants than unconscious infants.

As for the jailer, if he had children they were at least old enough to hear the Word of God and rejoice, in consequence, with their father. Mere adult baptism is not advocated here any more than that of infants, but the baptism of believers, be they old or young.

As for the household of Stephanas, we learn in the 1st Epistle to the Corinthians that Paul had baptised them with his own hand. This was, say, in 49 A.D., the date of his first visit to Corinth. But in the same epistle, written only five years later, he says that the house of Stephanas had already taken up public ministry, which proves they were not infants when baptised.