Music arranged for a few Hymns and some Spiritual Songs. Selected 1856, for The Little Flock. 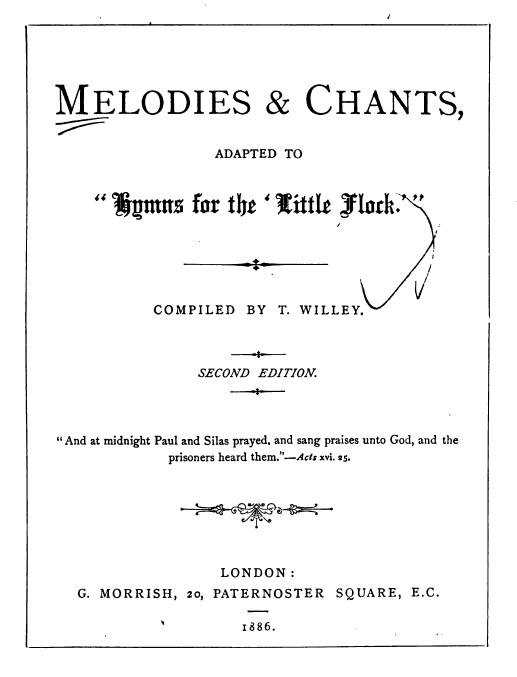 Melodies & Chants Adapted To "Hymns for the 'Little Flock'" Melodies and Chants Adapted to "Hymns for the Little Flock": With Supplement Added Melodies and Chants was issued in 1904 as an Enlarged Edition, which constituted the original 1881 book bound with the Supplement (probably issued September 1903) after the 1903 revision of the hymn book. In fact two editions of this were published; a different one for the Lowe Brethren who still used the 1881 book. This is indistinguishable from the outside but has one sentence different in the preface. Another version was also published with Tonic Sol-fa notation, rather than the traditional notation.