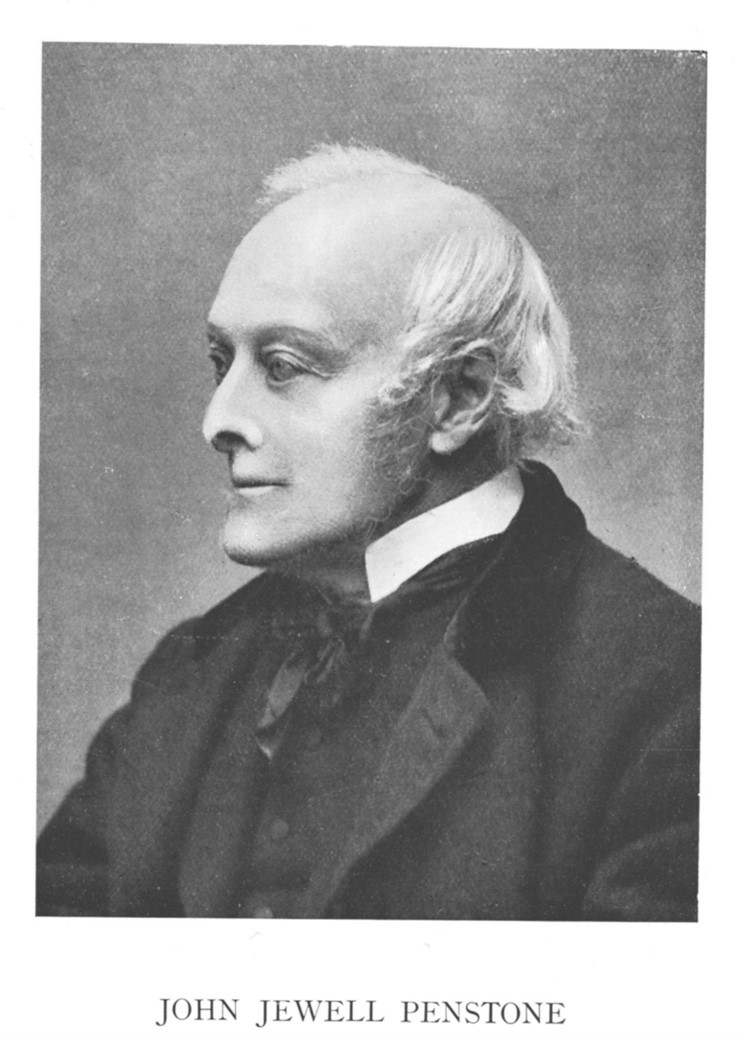 The following obituary from Echoes of Service 503 (June 1902, I) seems to indicate that Penstone went from Open to Exclusive and later back to Open:

Fallen Asleep.—May 12, in London, John Jewell Penstone, aged 85. After varied experiences during his long course as a servant of Christ, he returned in later years to the simple, scriptural fellowship of believers which he had learned in his youth, and from which he had, like many others, been drawn aside by a gifted leader. Two verses from “The Servant’s Path,” written by him long ago, will be a pleasant echo of his voice to those who knew and esteemed him, and may be a word in season to many:—

Servant of Christ, stand fast amid the scorn
Of men who little know or love thy Lord.
Turn not aside from toil; cease not to warn,
Comfort and teach. Trust Him for thy reward.
A few more moments’ suffering, and then
Cometh sweet rest from all thy heart’s deep pain.

“The time is short”; seek little here below:
Earth’s goods would cumber thee and drag thee down;
Let daily food suffice; care not to know
Thought for to-morrow; it may never come.
Thou canst not perish, for thy Lord is nigh,
And His own care will all thy need supply.

JOHN JEWELL PENSTONE, of London, was truly an able Bible scholar and Christian poet. His poem on "The Servant's Path in a Day of Rejection" has been of spiritual help to believers in all parts of the world.

From the time of his conversion to God, while quite a young man, he continued to serve the Lord diligently. The record of his life was truly the history of the (so-called) Brethren. Taking a prominent part in the revival of the early "forties," he was intimately associated with Robert and John Howard in the work of God at Tottenham. From the opening of Brook Street Chapel he continued to be closely associated with the work of God carried on there, and afterwards at Bruce Grove Hall. While he was known and loved all over the country, the Tottenham meeting had a special place in his affection.

An incident in his early Christian life is worth recording for the benefit of young preachers (and many old preachers, too.) When he commenced to preach the Gospel, he used to fear he would soon lack subjects for his discourses and he was led to communicate his fears to a converted relative, who was then a prominent member of the Society of Friends. The advice received was: "Let the Book speak to thee, Johnnie, then thou wilt have no difficulty in speaking to the people." This advice was very closely followed throughout his long and laborious ministry, and was, no doubt, the secret of so much of the success and blessing that attended his work.

There were two things about John Jewell Penstone which even anybody enjoying only a slight acquaintance with him could not fail to notice, viz., a deep reverence for, and knowledge of, the Word of God, and a strong personal loyalty to our Lord Jesus Christ. Very few were better acquainted than he with the history of our English Bible, and probably fewer still had more of its contents committed to memory. Yet it was noticed, and more than ever latterly, that all his Bible reading had only one object in view, namely, a better knowledge of his Lord and Master, Jesus Christ.

Those who were privileged to know Mr. Penstone in his home life appreciated best his deep, personal loyalty and love to Jesus Christ. All who loved his Master were welcome, and his wealth of experience and knowledge was unreservedly held at the disposal of any who sought advice of counsel. When he said, "I will pray for you, " one felt that he was among those who had power with God and prevailed and went home from such a visit strengthened and encouraged.

Endowed with a powerful intellect and gifts which fall to the share of but few, he cast behind him selfish aims and ambitions, let go that which could raise him to merely worldly eminence, and without reserve laid all at the feet of Jesus, content himself to be nothing. He passed into the presence of the One whom he had so often delighted in "exalting" on 12th May, 1902, at the advanced age of 85. Friday, Jan 18, 2019 : 09:32
Rodger said ...
The above are two illustrations and a chart from the Miscellaneous Papers of Edward Denny. There is no apparent identification or reference to the artist, but as Mr. Penstone was a good friend of Denny's, and the one who produced other charts for him, I would like to suggest that he is possibly the artist of these as well. If so, they give further examples of his artistic work.
Friday, Jan 18, 2019 : 09:32