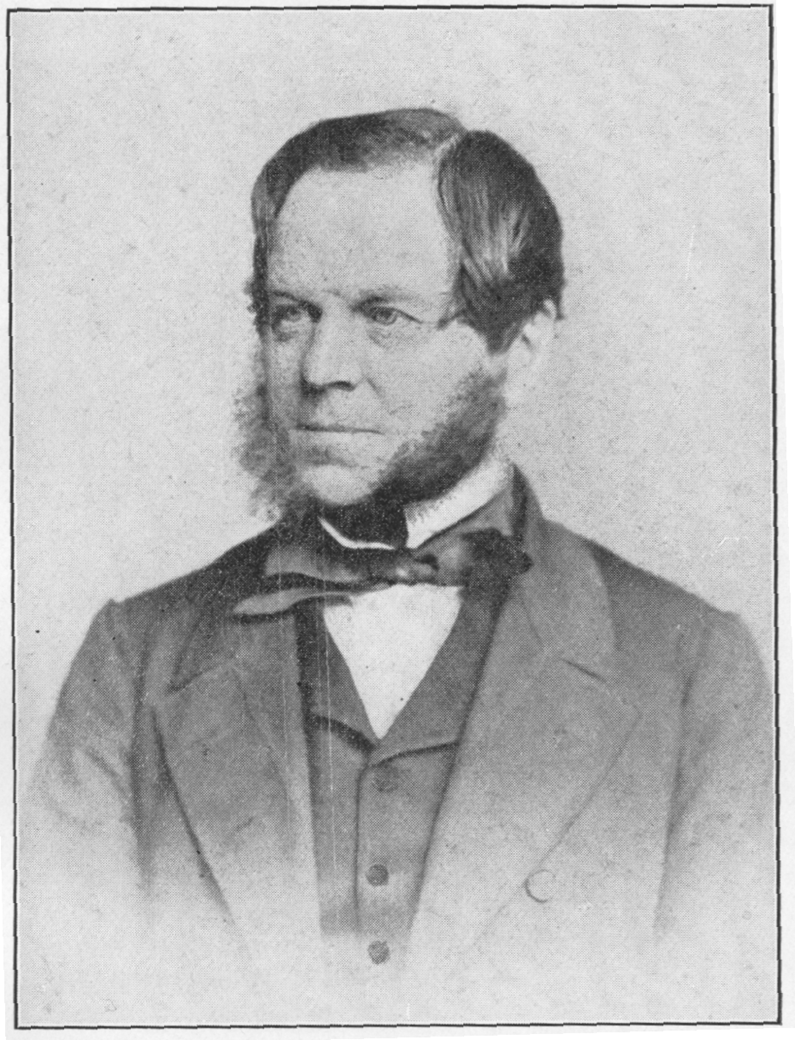 WILLIAM TROTTER was born in 1818 and died in 1865, at the early age of 47, having done the work of three lives it is said. He was converted at twelve years of age and found peace through the ministry of William Dawson, the Methodist preacher famous in the North as "Billy Dawson." At 14 he began to preach, and at 19 was an ordained minister of the Methodist New Connexion, and was much used of God in a revival at Halifax. He was also a minister at York, where his work was greatly owned of God in the conversion of sinners, and many souls were saved. It was while being so signally used that the Conference, or some such body, conceived the idea that it would be a very good thing to transfer him to London, to a chapel which had gone down in popularity and whose members were dwindling, with the result that his mouth was virtually closed in his ministry, and he shortly afterwards resigned.

He saw what a terrible thing it was for a man, or number of men to come between his work and God, and the thoroughly unscripturalness of it, and henceforth associated with brethren, where his ministry was much owned of God. He was a very kind, loving, and affectionate man, and W. B. Neatby, in his "History of the Brethren, " speaks of him as being "more highly spoken of by every one who knew him than almost any other Plymouth Brother, " and his untimely death, while he was yet under 50, was felt to be a heavy loss, of the kind that Christians can least afford.

He wrote with great vigour at the time of the sad troubles in 1848 about Plymouth and Bethesda, but is best remembered by his excellent works, "Eight Lectures on Prophecy " and "Plain Papers on Prophetic Subjects. " He also edited for a few years a little paper, The Christian Brethren's Journal and Investigator, giving an account of the activities of the "little companies of earnest men who began to meet in the early part of the nineteenth century in various parts of the country, unknown to each other, and under no human leadership, . . . the inception of this movement arising from a new illumination of the Personality of Jesus Christ, and of the essential unity of all who believe in Him, under whatever name they were differentiated" ("Undertones of the Nineteenth Century").

Rodger said ...
I have been looking at Trotter's letter on the "Present State of Controversies on Apocalyptic Interpretation," in the which he makes reference to a friend who has recently written "Outlines of Typical Teaching" in the "London Monthly Review." Further investigation has turned up that this is the "The London Review, and Record of the London Prophetical Society," as mentioned along with the "Outlines.." in The Christian Witness for 1857, page 91.
Can anyone identify Mr. Trotter's friend (is it CHM, also mentioned in the letter?), and the said "Outlines"; and does anyone have that document available to share?
Thursday, Jul 6, 2017 : 05:38
Tom said ...
Not sure, but I see "The London Review, and Record of the London Prophetical Society," is available in the British Library so I could go and look at this sometime if it contains interesting material. Of course the article may be attributed there.
Friday, Jul 7, 2017 : 13:05
Martin Arhelger said ...
Hi Tom and others,
in the magazine "Things New and Old" 1872 the editor wrote on page 215: "If you can lay your hand on a little book entitled "Peace in Believing," by our late beloved and valued friend William Trotter, we feel sure it will help you as it has helped many." The book by Trotter was also advertised in several catalogues by Morrish and Horner in the 1870th.
But I was never able to get this book by Trotter. It is not on stempublishing.com. Neither does the library in Manchester has an edition, as it seems to me.
A German translation was in the German magazine "Botschafter des Heils in Christo" in 1867 ("Friede durch Glauben"). I have also reprint of the German version (7th edition, 1913) which says that "W. Trotter" was the author. It consists of several letters to a person which was not clear as to her salvation.
Now I think I found the English version in a reprint in the American magazine "The Sower" 4 (1894) which I got from Tom on loan. But perhaps Trotters letters are shortened or altered in "The Sower".
Does anybody have the original book by W. Trotter?
I add the ocr-read first letter in a second note.

PEACE IN BELIEVING. I.

2) It seems that Manchester HAS the English version - but is not aware of Trotter's authorship, see
http://www.library.manchester.ac.uk/search-resources/guide-to-special-collections/christian-brethren-collections/printed-material/catalogue/p/
and look for "Peace in Believing"
Martin Arhelger
Friday, Aug 25, 2017 : 14:32
Tom said ...
Thanks Martin .. amazing what might be found hidden away inside an obscure magazine. Would love to find more of The Sower but it's hard even to search for it with a common title like that.
Wednesday, Aug 30, 2017 : 16:10