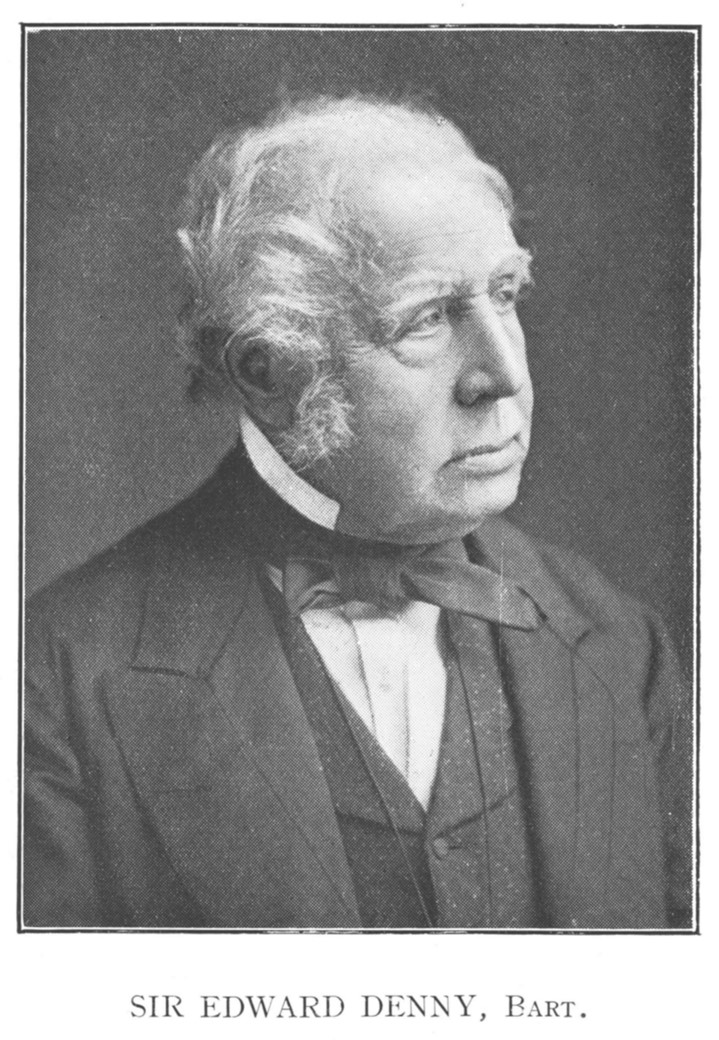 IT is especially pleasing for the Christian to enumerate amongst the "poets of the sanctuary" and the sweet singers of the Master one whose advantages of birth, fortune, and title raise him above the level of his fellow-believers.

And such an one was the author of "Hymns and Poems, " including, "A pilgrim through this lonely world" (11),* "Bright with all His crowns of glory" (31), "Sweet feast of love divine" (252), "What grace, 0 Lord, and beauty shone" (316), "While in sweet communion feeding" (323), and numbers more—all breathing loyalty to his Lord and Master, with intimate knowledge of His truth and will—dealing lovingly with His coming again and His millennial glory, with many a sweet stanza on the Pilgrim's Path and Portion.

The following interesting notice is culled from the Leeds Mercury, 19th June, 1889: "Nearly the whole town of Tralee belonged to him. He had an opportunity twenty years ago, when his leases fell in, of raising his rents to figures that, in some cases, would not have been considered extortionate had they been quadrupled. He, however, decided to accept the old rates. The result was that he was almost alone in escaping any reduction at the hands of the Land Commission. So far as he was himself concerned, a little money went a long way, but he gave liberally to poor relations and to the development of religious work in connection with 'the Brethren.' Living in a quiet way in a cottage at Islington, he devoted his time to the study of the prophetic books. His rental income from Ireland was about £13,000 a year. "

In the year 1848 he published "Hymns and Poems, " and ten years afterwards, a Chart, entitled, "A Prophetical Stream of Time; or, An Outline of God's Dealings with Man from the Creation to the End of All Things;" also two Charts, entitled, "The Seventy Weeks of Daniel" and "The Cycle of Seventy Weeks, " and yet again, a Chart, entitled, "The Feasts of the Lord. " These publications, with many others, attest his deep insight into the Word of God, which he loved so well.

Sir Edward was brought under conviction of sin by reading an Irish story, "Father Clement, " and soon confessed his Lord, ministering to the poor, and to the saints, in a most unassuming manner. He was much loved and esteemed in London, and was connected mostly with the Park Walk Assembly.

It was the writer's privilege to meet with Sir Edward at his residence in the Bolton Gardens, and in his study there to spend some time in his company. Aged, yet sweetly communicative, it was a valued time of communion as our minds reverted to scenes of the past and the Lord's gracious dealings with His people. In order to test our brother's memory, I remember repeating one of his hymns, with a slight change of words. It was detected at once, and proved there was little falling off of that loving and bright intellect, though ninety years were creeping on the aged baronet. On parting he gave me his photo, so seldom given, which is here reproduced.

In the introduction to his "Hymns and Poems," in referring to 1 Corinthians 13, he writes: "Love, then, as we read, being 'the greatest of these,' seeing that the blessed God is Himself essentially Love, our hopes should not surely come short of that day when He whom, not having seen, we love, will reveal Himself to our hearts in all His attractions; when our powers of loving will be fully developed. And this will not be till the whole family meet in the house of their Father; till the Bride, the Lamb's Wife, is actually enthroned with her Lord. 'Come, Lord Jesus!'"