Theatre Preachings and Tea Meetings in the South of London - 1865 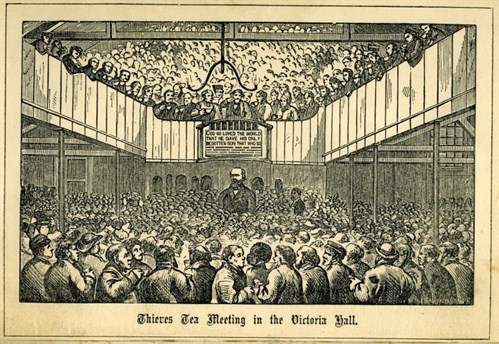 Have picked up a very interesting book, whose full title is "The Power of Truth; or, Results of Theatre Preaching and Extraordinary Tea Meetings, in the South of London".  Written in 1865, the author, a William Carter, gives detailed accounts the gospel work he had been doing in the couple of years previous, mainly amongst the very lowest classes of society.  This work generally revolved around hosting huge 'tea-meetings' for maybe a thousand people at a time, working by profession from Costermongers to Dust-Men to Tanners (and I didn't know til today there were upwards of thirty thousand Tanners in Bermondsey alone back then!).  Now South London in those days didn't mean what it does today, but was the area just south of the river, so we are talking about Lambeth, Southawk, and across to Bermonsey.  Anything further south would have been either Kent or Surrey.  It is hard to imagine but Lewisham at the time was pretty much a farming hamlet, populated by the upper classes.  What amazes me reading through the stories in the book is how willing the people were to come and here the Gospel, even if they were bribed a little bit by the free 'tea'!, and also how ignorant the masses of the working poor were of the message of salvation.  The book gives many moving stories of conversions from wicked lives, to lives devoted to serving God and seeking the salvation of others.

Here is how it begins ..

"To the glory of God, and for the comfort and edification of a few Christian friends, who have by their substance and prayers helped on the work of the Lord committed to my trust in the South of London, I now write a brief epitome of the Lord's doings the last two years. While my book, the "Power of God," was in the press, the Victoria Theatre (where I had been preaching for near two years,) was closed against me, but the Lord opened up the Lambeth Baths, and the working people flocked to hear the Word, and God signally blessed the testimony. Many are now walking in the truth who were converted in these Baths during the three months I preached there. When the Baths were required for use in the Spring, I engaged Astley's Theatre, and for near four months, on Sunday evenings, preached Jesus to a crowded house. Numbers were converted, and many remarkable cases, marvels of grace, are now Members  of the Church of Theatre Converts.

There is H--, the cab-driver, a miracle of grace. He wandered into the theatre one Sunday evening, and like the Plhllipian Jailor, he was pricked to the heart, and cried out while I was preaching, "Sir, what must I do to be saved ? " I pointed him to the cross, but he declared he was too bad for Christ: he said, "I am a degraded, drunken, blaspheming wretch. God only knows how vile and filthy I am." The poor fellow would not be comforted. He continued, for several weeks, in very agony of soul, a prey to remorse and despair. The Devil seemed unwilling to let him go. He rested not night or day; often, when driving his cab, he would suddenly stop, jump off the box, and fall on his knees in the middle of the road, and cry most piteously to God to have mercy upon him. All who knew him declared he was going mad. It pleased the Lord one Sunday evening, while the Gospel was being preached, to give him deliverance. His heart was full of joy, and his soul seemed supremely swallowed up in love. He was in
an extasy of delight, and went through the streets telling everybody what a Saviour he had found in Jesus. Giving expression to his joy, he cried:-

"Oh ! that the world might taste and see
The riches of His grace,
The arms of love that compass me
Would all mankind embrace.
If all the world my Saviour knew,
Then all the world would love Him too."

On reaching home he rushed into the garden and cried aloud-" Ye neighbours and friends hear it.

'I do believe it, I do believe it,
I'm saved thro' the blood of the lamb,
My happy soul is free, for the Lord hath pardoned me,
Hallelujah to Jesus the Lamb.' "

His wife begged him to leave off, but he said "No, mate, Let all the world hear it; I do believe," &c. He was so intoxicated with joy, that his ungodly friends declared beyond a doubt he was gone mad. They sent for a doctor who ordered a straight waistcoat to be put upon him at once and sent him to Peckham Lunatic Asylum, where he remained three months. Finding himself in such circumstances, sobered his joy, but he never lost his peace and confidence in God."

Will post a few more stories from this book shortly … 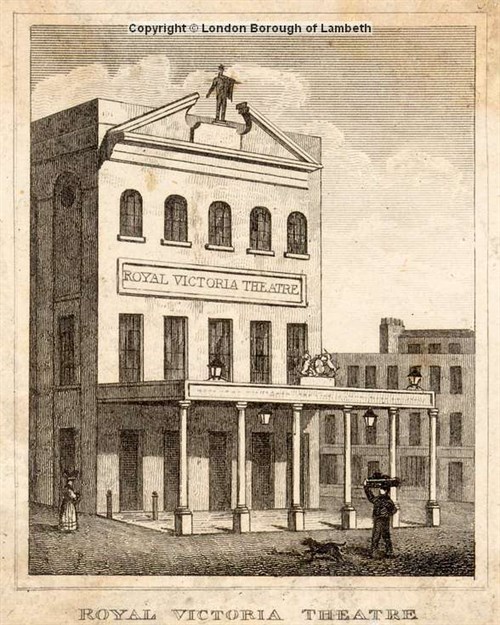 It is still there today, and called the 'Old Vic' 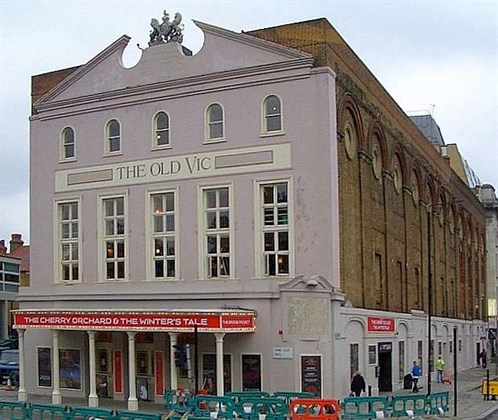 I would very VERY interested in a copy of this book

If you mean a paper copy, it is very rare, I have only ever seen the one copy I have. But all three of his books are available in pdf, if you click on the "William Carter" link you will see them.

Btw nice to have you on the website; I listened to your testimony a number of years ago and would recommend it to anyone. (I thought it was on VFC but can't see it now, but does seem to be on here http://areyousaved.com/index.php/audio/ ... basically Clive grew up in the Taylor Brethren but left, and was later saved and now preaches the Gospel, if I remember correctly.)