In Tottenham we have, what as far as I'm aware is, the only associates of the Brethren movement who are commemorated with 'Blue Plaques'. (Though actually only one of them is a tradtitional Blue Plaque, the other is merely a Haringey Council Green Plaque!) To anyone who has not walked around London a bit, a Blue Plaque is a commonly seen memorial that English Heritage puts on the side of buildings that have, or whose occupants had, significance or importance .. see here.

The men in question are John Eliot Howard, who is commemorated, sadly not for his work in progressing the Christian faith, but for "his study of, and scientific publications relating to, the bark of the Peruvian cinchona tree and the extraction of its derivative, quinine, as a treatment against malaria and other fevers." The plaque is erected on the first house on Lordsmead Road, which is partly where his own home of Lords Mead once stood.

Here is the plaque: 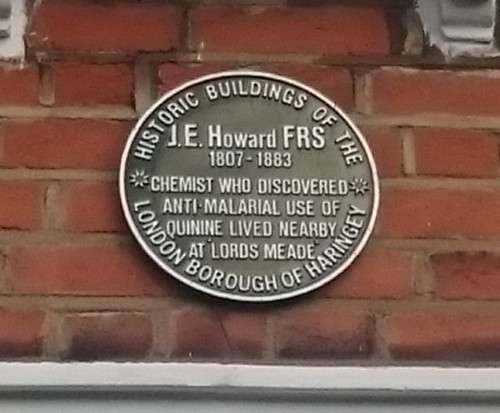 And it can also be seen on the Haringey Council webpage for this scheme, here. This plaque was only erected in 2010, I found an interesting quote from the man who owns the house in a newspaper article at the time;

"Mr Pipe moved into the house as a young man which had been owned by his grandfather. His grandfather later sold it to Haringey Council, and Mr Pipe later bought it back off them. He added: "It was wonderful to get it back in the family. It's got John Eliot Howard's name on the deed."Mr Pipe also recalled a leafy lane which had linked Luke Howard's house in Bruce Grove with his son's residence in Lordsmeade." 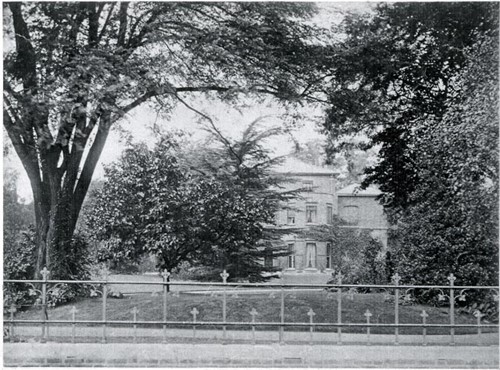 Second up, is his father Luke Howard, who is commemorated for his work in meteorology; indeed he has been called "the father of meteorology", and is the man who named the clouds! Those words which we all remember so well from school Geography classed; cumulus, stratus, and cirrus, were all his invention! More about him can be read on his Wikipedia entry, and there is even a YouTube video about him! His plaque is located above his former home at 7 Bruce Grove; 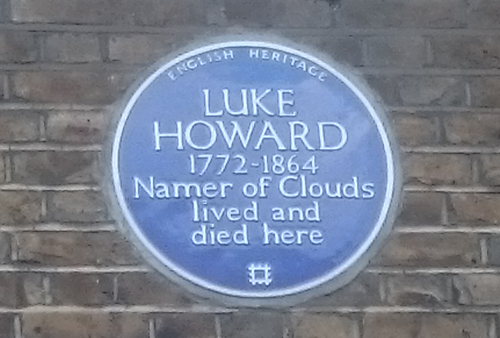 The house itself is a listed building, but not in a good state of repair, 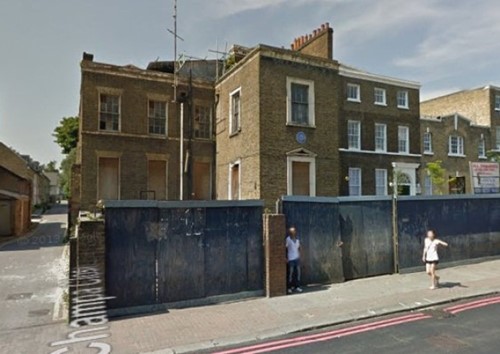 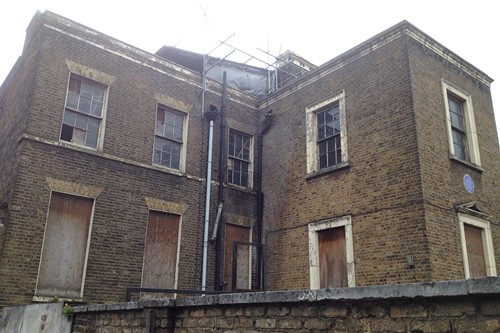 The memory of Luke Howard still seems to be highly regarded by locals though and there has been a recent campaign to save the building; 38 Degrees and also by The Cloud Appreciation Society, an organisation I never knew existed before!

This house is only a few minutes walk from the Gospel Hall that John Eliot Howard built on Brook Street, 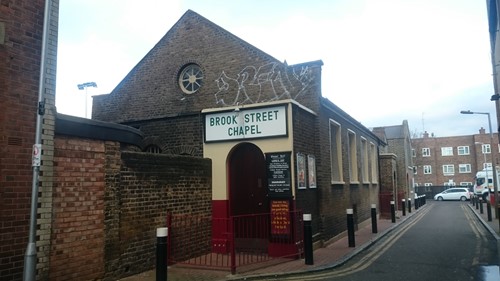 Richard Lloyd said ...
The link to the lordsmeade.freeserve.co.uk site no longet operates (Orange are killing anything to do with good old Freeserve). The link should now be to
http://www.lordsmeade.org.uk/lordsmeade.htm
though it seems to have a rather inferior rendition of the picture of the house,, which I'll have to have a look at!

Richard Lloyd (Lordsmeade Webmaster)
Tuesday, Apr 11, 2017 : 13:27
Timothy Stunt said ...
Richard Lloyd's website is excellent! Thank you.
There are entries for both Luke Howard and JEH in the Oxford Dictionary of National Biography. The one on Luke is very good, but the one on JEH is a somewhat cursory revision of the article on him in the Old DNB. In it the author claims that JEH became a Baptist when he left the Quakers, and implies that Brook Street Chapel is a Baptist Church. As a contributor of other articles to the ODNB, I have written to the editors asking them to correct the on-line edition and to include in the bibliographies of both Luke and JEH, details of the late Gerald T. West's excellent book "From Friends to Brethren: The Howards of Tottenham—Quakers, Brethren, and Evangelicals" published by BAHN last year.
Timothy Stunt
Wednesday, Apr 12, 2017 : 22:33
Tom said ...
Thanks for the update.
Tuesday, Apr 18, 2017 : 17:24