Haven't updated this website for a while, but hopefully that will change again over the next few months.

Last week I found the grave of Edward Cronin, one of the 'founding four' who first broke bread in Dublin in the 1820's.  Dr Cronin had traveled to Dublin intending only to stay there for a short while, and had enjoyed the communion of several independent baptist churches, however when he prolonged his stay, it was required of him to take out special membership at a church to continue fellowship. This step he could not see as being according to the Bible, and he left the independent churches, and initially would spend Lord's Day morning by himself to meditate on the Scriptures, before joining with others like A.N. Groves, Edward Wilson, Francis Hutchinson, and John Nelson Darby, to break bread together.

Sadly later in his life he was the subject of great controversy during the 'Park Street' division of 1881, and under immense pressure from outside, he was declared out of fellowship by his local meeting at Kenington in London.

He is buried in West Norwood Cemetary, with many of his family members.  His son-in-law J.H. Lowe (who authored several books) is also buried here, however it seems his gravestone has gone. 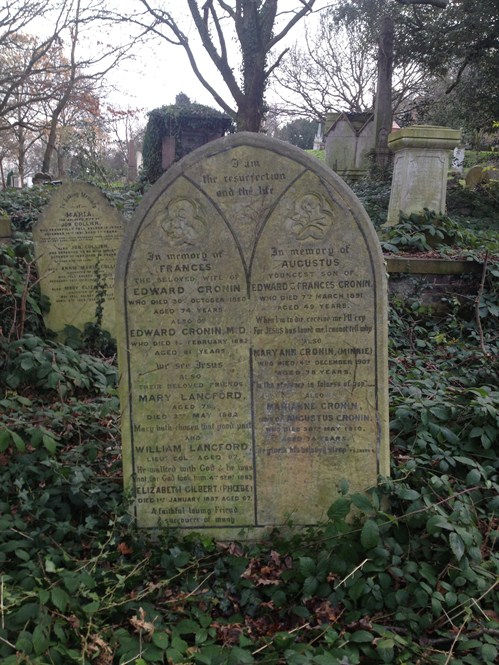